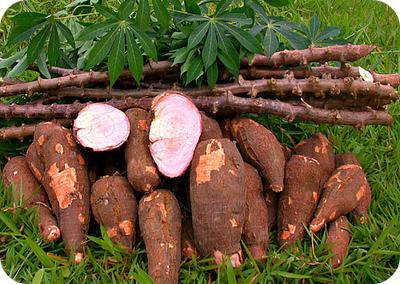 Genome Editing for crop improvement and biofortification has been a game-changer in Africa for staple foods and cash crop improvement. Many developing countries are applying cutting-edge technologies, such as genome editing, to improve especially cassava micronutrients, starch content, yields, and seed systems.

Dr. Ihuoma Okwuonu, a Plant Biotechnologist, and Chief Research Scientists at the National Root Crops Research Institute (NRCRI) in Umudike, Nigeria, while speaking to journalists during a press briefing by Africa Science Media Center expounded on the genome-editing technique.

The Chief Research Scientist explained genome editing is simply rewriting the genetic information of living organisms to create new abilities, correct abnormalities, and improve performance. She pointed out diseases and pests such as bacteria, viruses, fungi that affect cassava both vegetative and the parts of the root resulting in low yields.

“There are two reasons why we are promoting genome editing; one is to improve cassava to withstand some of the impacts of diseases. Example is the Cassava Bacterial Blight (CBB) disease. So, with genome editing it is possible to identify the gene, study it, use gene editing to remove the susceptibility gene within the cassava crop,” Dr. Okwuonu explained.

“The second goal is to use gene editing to develop disease monitoring tools to monitor disease progression and stop its spread. We can use gene editing to make a change or deletion in cassava or include/ attach any signal to help us study any effect in cassava,” the Plant Biotechnologist emphasized.

However, she noted with regrets several other factors that affect cassava production in Africa, making it difficult for farmers who grow cassava to generate income. This subsequently affects several people depending on cassava as their source of food.

Improving cassava through breeding using innovative technologies such as genome editing, can produce new varieties that do not take a long time to mature. Comparatively, it would take a breeder between 8- 15 years to use the conventional method to come up with a new variety.

According to Dr. Okwuonu, the difference between genetic engineering and the genome is that the former involves the introduction of a gene (transgene) from outside into the target crop while the latter does not introduction of any gene. Genome editing involves rearranging or removing, for instance, a disease-causing gene.

“Genome editing is simply re-writing the genetic information of living organisms to create new abilities, correct abnormalities that could be due to particular environment and improve the performance in terms of yields,” she explained. So, genetic information controls the characteristics of an organism in terms of growth, production, yields, and taste.

Therefore it can enable the scientist to improve many staple crops by improving their nutrient contents, such as vitamin -A.

Dr. Okwuono, who has been leading the cassava improvement program in Nigeria by applying genome editing, said it the technique occupies both functional and strategic importance to the country’s economies.

“Cassava is a basic staple to more than 500 million people around the world and over 200 million people in Africa depend on it for daily calories. It is a choice food for many families, especially in Nigeria, which is the highest producer of the crop, according to the International Institute for Tropical Agriculture (IITA),” Dr. Okwuono said.

“Thus, by improving the nutritional value of cassava the ranking is highly in Africa’s crop improvement priority list as a sure way of dealing with malnutrition on the continent,” she added.

Cassava is tolerant to drought and resilient in poor soils and climate change, so through genome editing, cassava can withstand some diseases, such as the Cassava Bacterial Blight Disease (CBBD) and pests, making it a preferred crop for most farmers in Africa.

The expert stated that genome editing in cassava adds value to the crop in terms of micronutrient content thus helping to minimize deficiency diseases common in the tropics. For example, lack of iron or zinc could easily predispose one to malaria, tuberculosis, anemia, physiological disorders affecting the immune, gastrointestinal, epidermal, central nervous, skeletal, and reproductive systems.

Over 4,200 Govt Leaders To Face Law Over Wealth.