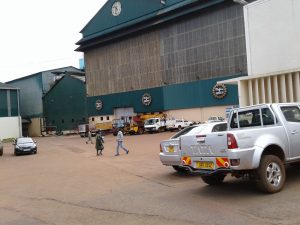 The future of Uganda’s sugar industry continues to massively worry producers with anticipation that the producers might be forced to close industries as a result of the poor policies and mafia in the economy that are killing the market.

In an interview with the deputy managing director, Kakira sugar works limited, Kenneth M Barungi on why the last sugar consumer continues to buy a kilo at a high price despite the country having many sugar producing factories, he quickly attributes the higher prices to the mafia in the market whom he says are just stealing from the consumer, but the factory price still remains unchanged.

He further pins the trade ministry for failing to fully implement the national sugar production policy which regulates the industry on how factories are set up and the farms .

He says, the new mushrooming factories are not following the policies and therefore not producing the needed amount of sugar, but instead jeopardize the whole sector as they buy immature sugar cane from out growing farmers which in the end sees them produce low products of low quality.

Even when they have been writing to the President, the ministry of  trade plus finance ministries over the matter, nothing has been done and this has also seen mafia import sugar mounting to 90,000 tones from Kenya to Uganda duty free which now spills over the effect to their production.

He notes that in their stores, they have over a million bags of sugar waiting to be purchased, but  buyers are not taking the product.

He then says that following the closure of sugar producing factories in Kenya, Uganda might follow the same route since the same people who have contributed to the collapse of Kenya sugar industry are the same people doing business in Uganda, and that last year they forced the industry to make a loss of USD.133M and warns that next year might be very tough for the industry as well as the consumers.

With Uganda having over 10 sugar producing factories, with production capacity of million tones daily, prices should not be exceeding UGX.4500.