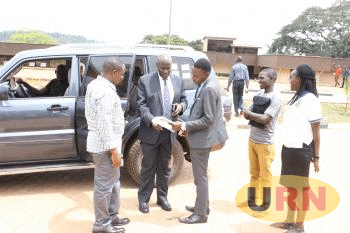 Government Sponsored students at Kyambogo University have protested the university’s move to give them UGXShs4,000 for meals per day.

This is after the University announced they were to outsource catering services as per the university council policy passed in November last year.

What this means is that each of the government students at Kyambogo University will be given UGX4, 000 per day to cater for their breakfast, lunch and supper.

But German Amanya, the Kyambogo University Guild President says the money is insufficient to cater for all meals required for students to be able to survive in a day.

Amanya told Uganda Radio Network on Saturday that food around Kyambogo University goes for UGXShs4,000 a single meal. He argues that the policy doesn’t favor students who come from humble backgrounds who will be affected.

Amanya says the move would be unfair to students. He adds that students’ leaders resolved that the university reviews the amount given to students.

According to Amanya, students have written to the university management on the issue but they are yet to receive a response on the same.

While Prof. Elly Katunguka Rwakishaya, the Kyambogo University Vice Chancellor accepts that the amount due for students’ meals is little, he says it’s what government provides to the university to feed students.

Prof. Katunguka says the money for feeding government students was used up last semester and they were forced to look through their internally generated funds to cater for students’ meals this semester.