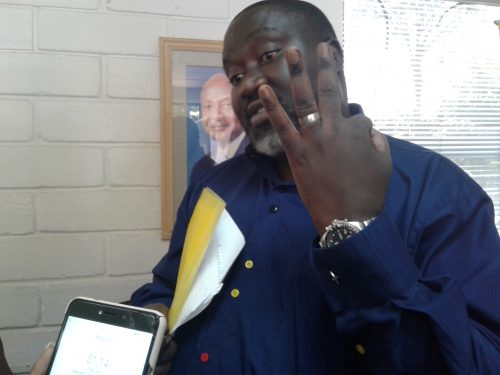 The tourism minister, Hon. Ephraim Kamuntu confirms that the decision for Uganda govt to hire foreign marketing firm is doing wonders for the country.

According to Hon. Kamuntu, since Uganda contracted foreign marketing firms to sell her image, mainly for the tourism sector, the number of visitors coming in the country has doubled as well as foreign exchange coming into the country.

But the minister expresses worries over what he calls unwanted riots and demonstrations which have been happening in the past two weeks, saying such incidences greatly scare away tourists and visitors.

He further notes that for tourism to blossom, Ugandans have to be highly sensitive when it comes to matters of national security since foreign tourists always mind about their safety before they come to such countries.

However, the deputy CEO Uganda tourism board, John Ssempbw states that before the hiring of marketing firms among them is, Kamagiyo marketing firm, Uganda was just using rudimentary marketing tools to market the country and her tourism sector, which would not easily yield results and this saw Uganda receive 45000 visitors from USA, 50,000 from UK, 10,000 from Germany.

He then mentions that after the hiring of these firms , two years down the road the country has registered double figure for tourists entering with 90,000 from USA, 14,000 from Germany.

The sector also boosts of now being among the top four foreign exchange contributors to national economy, as now the country bags USD.1.4Bn through visas, hotel, transport, tourism sites payments among others. The sector has created jobs for Ugandans, with one out of 11 jobs are tourism related.

Uganda now projects to start earning USD.2.7Bn by the year 2020.

Stephen Masaba, is the director tourism, business and services at Uganda wildlife authority confirms that in the past four years, Uganda’s national parks have seen a 15% increment in the number of visits with the numbers standing at 300,000 visiting Murchison falls, Queen Elizabeth national parks and to Kidepo. And 1000 visiting the mountain gorillas.

Uganda has been spending UGX.6.4Bn annually on paying the three foreign marketing firms.

This was revealed at a news conference to announce the international tourism day celebrations slated for 27th September 2018.