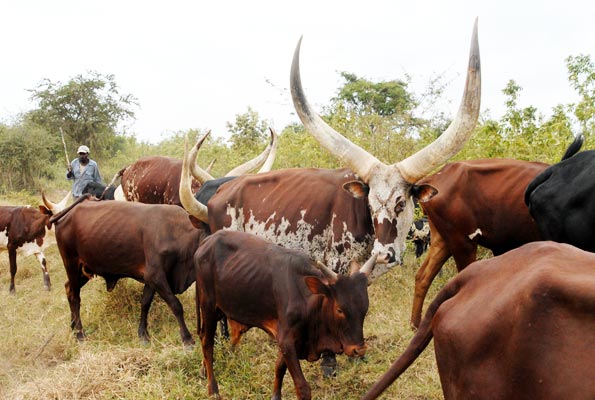 Ugandans especially those in cattle corridor areas have been advised to be vigilant and report those dealing in contaminated meat, and also report all cases related to Foot-and Mouth Diseases (FMD) to relevant authorities.

According to the  Permanent secretary in the ministry of agriculture, animal industry and fisheries, Pius Wakabi Kasaija  FMD is still a threat to the agricultural sector, he added that more than 12 districts are under quarantine to ensure there is no movement of cattle from those areas.

Wakabi was welcoming a delegation from the Global Health Security Agenda meeting in Munyonyo, who had paid a curtsey call to the Ministry`s National Animal Disease Diagnostic and Epidemiology Centre (NADDEC) today 27th/October/2017 in Entebbe.

He said spread of the disease is caused by movement of animals from one place to another, and that is the very reason why the ministry resolved to put quarantine in those districts; he added that vaccination is quite expensive to the ministry, and that it goes to over 500bn UGX a year, he said movement of cattle from the districts around Isingiro, Nakasongola, Kiruhura and other cattle corridor have been minimized for proper management of the disease.

State minister for agriculture, Christopher Kibazanga said the ministry is faced with lots of challenges as far as fighting FMD is concerned, including low funding, nomadic systems which has helped in the spread of the disease, climate change, skilling of farmers, shortage of pasture and traditional beliefs among farmers are causing problems to animal sub-sector, he added that his ministry is working hard to ensure that farmers are sensitized about these problems through the extension workers.

Recently farmers in Lyantonde District defied a government directive to enforce quarantine, claiming that the closure of the cattle markets in the district had adversely affected residents in the district since 90% of households entirely depend on their cattle for a livelihood.