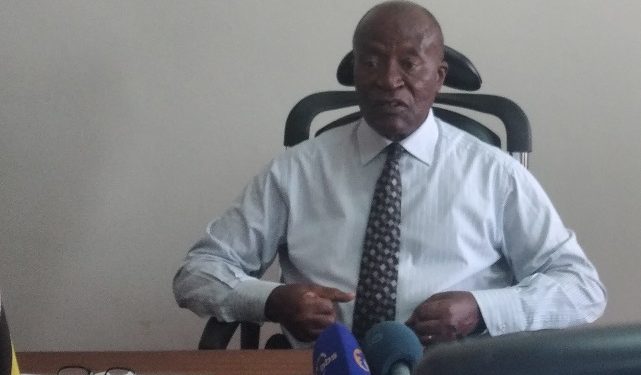 Calls for a Week Training of Legislators on Conduct in Parliament.

The Parliamentary forum on Ethics and Integrity has come out to condemn gross misconduct of the Aringa South Legislator Alioni Yorke Odria who assaulted a police officer during the dramatic EALA elections last week and called for a full week training of members of parliament on ethics and integrity.

The call has been made by the chairperson of the forum who is also former minister of ethics Nsaba Buturo   while speaking about the upcoming conference on ethics and morality slated for 15th November this year.

The Bufumbira East Member of Parliament James Nsaba Buturo the chairperson of parliamentary forum of ethics and integrity says that parliament has started attracting people who are not supposed to be representatives of the people and many have no clue on how a member of parliament should behave.

Butuuro, who is a former minister of ethics and integrity, wondered how the behaviors of the honorable member of the August house Alioni Odria deteriorated to the extent of assaulting a police officer on duty.

He now wants the speaker of parliament to organize a one week training of members of parliament on how they are supposed to behave not only in parliament but also outside parliament.

Buturo, who did not mince his words on the behavior of MPs, also attacked the voters who send to parliament people who lack character just because they have been provided with something. He also called for sensitization of voters.

Buturo was addressing the press at the upcoming up-coming conference on ethics and morality slated for 15th November this year.