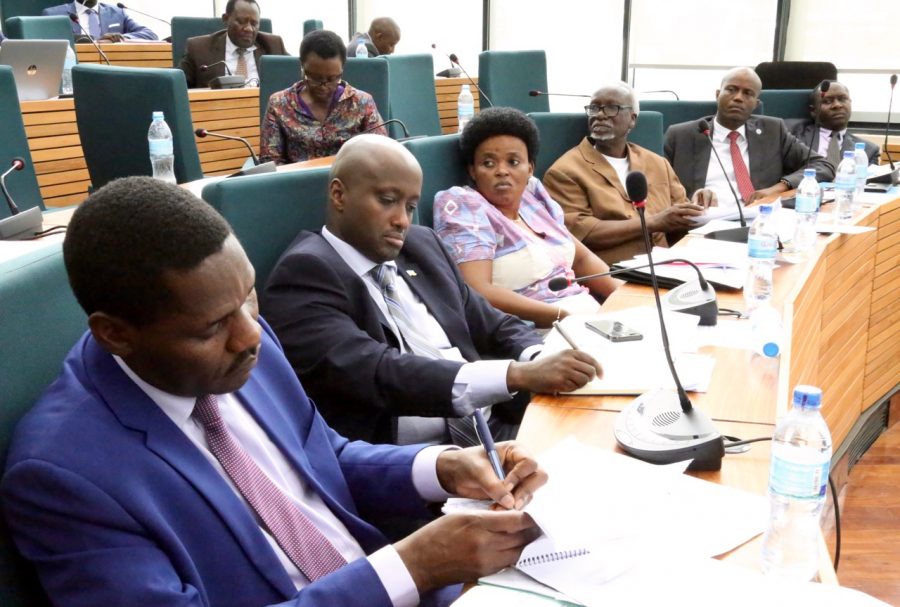 The Assembly has commended the Chairperson of the Summit of EAC Heads of State for his concise speech delivered on January 23rd, 2018.

Late yesterday, the Assembly debated the speech – before adopting a Resolution on the same. Several Members spoke in to the resolution terming the Speech as key in guiding policy for the region, crucial for strengthening integration and critical one to be popularized.

Addressing the EALA at the 2nd Meeting of the 1st Session in Kampala, President Yoweri Kaguta Museveni rooted for all efforts towards an effective integration of the continent and called on the EAC region to go full throttle in order to unite the markets for prosperity of the people.  The President the region stood to gain much more as a unified front. “This integration is not about the leaders but the people who produce wealth”, he said.

The Head of State said fraternity of the people of East Africa was another key area capable of fast tracking integration.  He remarked the populace in the EAC region were severally either linked by either culture, language or history.   The President therefore maintained that socio-economic development was very key in the integration dispensation.

President Museveni also cited strategic security as key in integration.  “Africans need to solve their own problems – in this world you cannot survive if you are weak – and this is of our own making.   Why can’t we make Africa strong”, President Museveni stated and called for the continent to speak with one voice.

In his maiden remarks, the Cabinet Secretary for EAC and Northern Corridor Development, Hon Peter Munya thanked President Uhuru Kenyatta for his appointment as CS for EAC and thus as an ex-officio Member of the House and said he was looking forward to working closely with the Assembly.

The Minister said the Council of Ministers was committed to ensure financial contributions by Partner States were up to date and assured the House, the Community would not go bankrupt.   The Minister maintained that discussions on sustainability of Community were being discussed and that they were on verge of a long-term solution.

Rt Hon Dr Kivejinja acknowledged the level of debate on the Presidential Speech as exemplary. He remarked the recent tour of the Northern and Central corridors by the Assembly was key and an eye-opener for Members to effectively debate in the House.