Doctors, Teachers , Police, Among Others Have Salaries Enchanced . 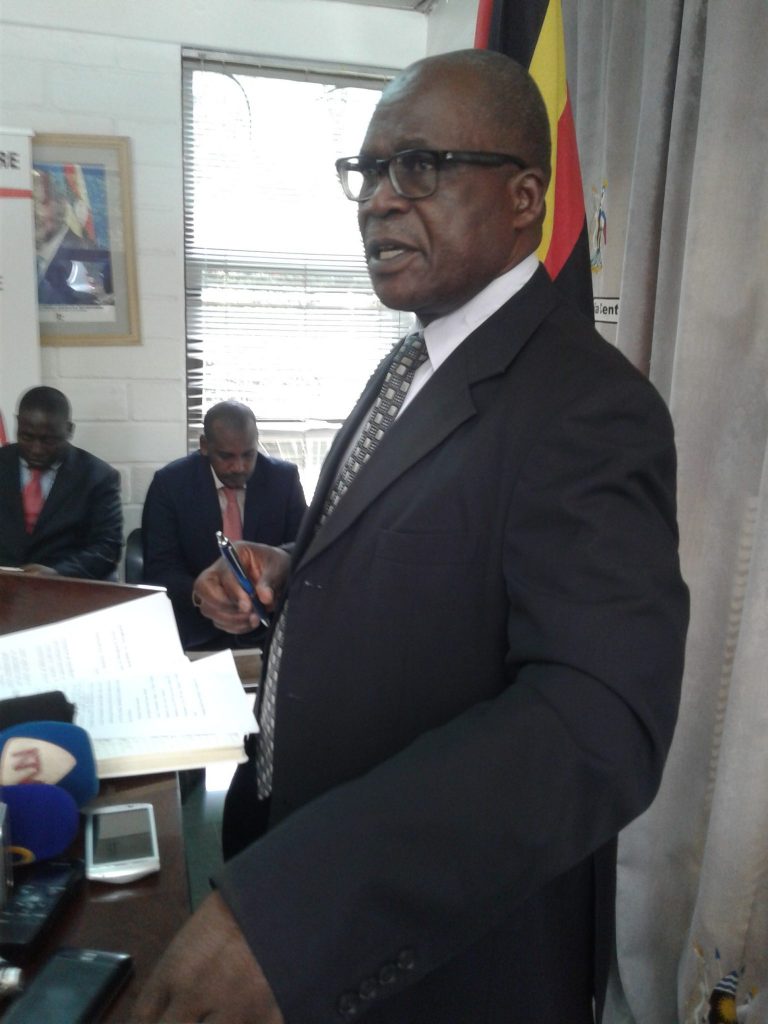 Doctors, Teachers , Police, Among Others Have Salaries Enchanced

Govt through the public service ministry has announced that it has approved the enhancement of salaries for teachers, health workers, prisons, police, army, intelligence officers, local govt, judicial officers, and govt scientists in the next financial years.

Announcing the new enhancements in pay among public servants today in Kampala, the public service minister, Mululi Mukasa confirms that the final approval came in the 9th December 2017 cabinet meeting which was chaired by H.E Yoweri Kaguta Museveni.

Mululi adds that with the now revised salary structures among govt workers, they now expected to see improved service delivery to the citizens of this country for faster growth.
On the same note, the finance minister in charge of planning, David Bahati confirms that by the end of this month govt will be coming up with the final figures for the cabinet approved for each officer adding that they will be effected next financial year as now govt took care of current economic situation.

And the security Lt.Gen Henry Tumukunde urges all civil servants to desist from holding strikes over low pay noting that govt is more than ready to answer their calls at a right time.

Today the public service minister, Hon. Mululi Mukasa has revealed that cabinet on 9th this month in a cabinet meeting chaired by the president of Uganda Y.K.M7 approved the enhancement of salaries for a section of civil servants with effect next financial year July 2018 with doctors and other health workers among those to benefit from the enhancement.

Speaking to the head of the Uganda medical association president who championed a successful strike recently, Dr. Obuku Ekwaro after the declaration, he was fast to express his gratitude but at the same time expressed worries that these declaration might not work towards their favor.

Dr. Obuku stresses that govt has money but it has for long been misappropriating it on non priority issues and its upon this matter that he re-emphasizes that as doctors, they will monitor to the dot this promise by govt to see that is fulfilled come next financial year.

The doctors and intern doctors across the country held a three weeks strike that paralyzed medical business across the country in public health facilities and it came to an end after meeting the president who promised to increase their pay to lowest of UGX.1.5M as well as work on other pressing issues like, poor working conditions, drug stock outs among others.

Govt has over the time been facing serious strikes over salary increments from a cross section of its workers that’s to say, lecturers, teachers, health workers, prosecutors among others which has affected service delivery in govt institutions whenever they strike.