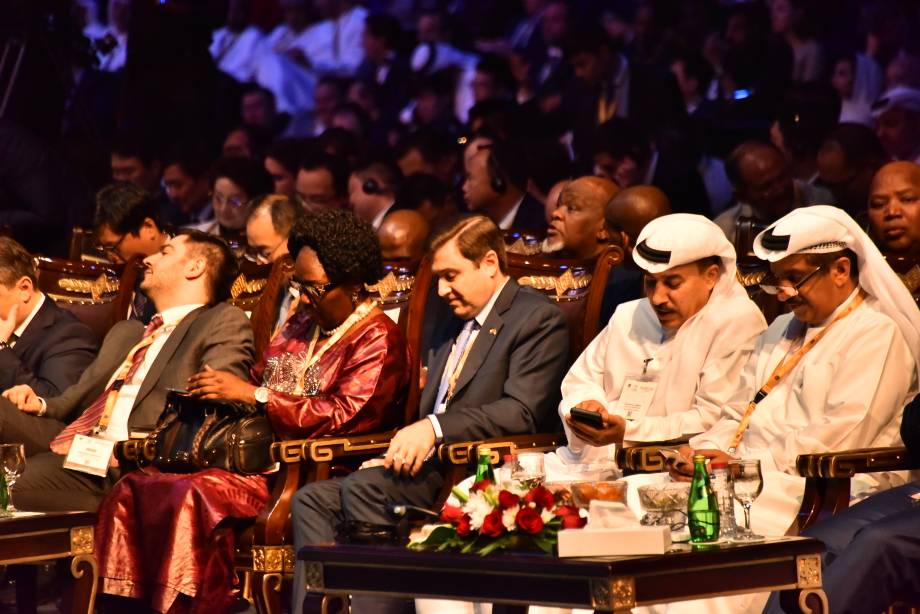 The Speaker of Parliament, Rebecca Kadaga, has expressed concern that most Sub-Saharan African economies have been left out of the progress of financial growth putting them on a parallel growth pattern compared to Middle East countries.

Kadaga made the remarks at the 8th Annual Investment Meeting (AIM) in Dubai, which is bringing together countries engaging in trade with the United Arab Emirates with a major focus on foreign direct investments (FDIs).

What are your plans for Sub-Saharan Africa? You are talking about Egypt, yet your airlines receive huge ticket inflows from Africans traveling to the UAE for business, Kadaga noted.

The meeting that launched on 09 April 2018, was opened by the Minister for Economy of the United Arab Emirates, H.E. Sultan Bin Saeed Al Mansoori, who noted that for cross investments to be possible, regional economic and investment data would have to be considered.

He added that it was critical to address some of the major foreign direct investment issues facing both developed and developing countries so as to strengthen investment directed towards global economic growth.

On the sidelines of the meeting, the Speaker engaged in discussion on the use of technology to grow the economy, where she noted the need to retool judges, lawyers and lawmakers to appreciate the need to expedite laws on technology.

Technology is moving very fast and the laws to accompany the changes must be done quickly. We are in talks with the investors to see how they can help us in this regard, said Kadaga.

The meeting also discussed how Ugandans in the diaspora can invest their money and how they can by supported by Government.

The three-day 2018 Annual Investment Forum has attracted delegates from countries from Africa, Asia, Europe and the USA under the theme, Partnership for Inclusive Growth and Sustainable Development.