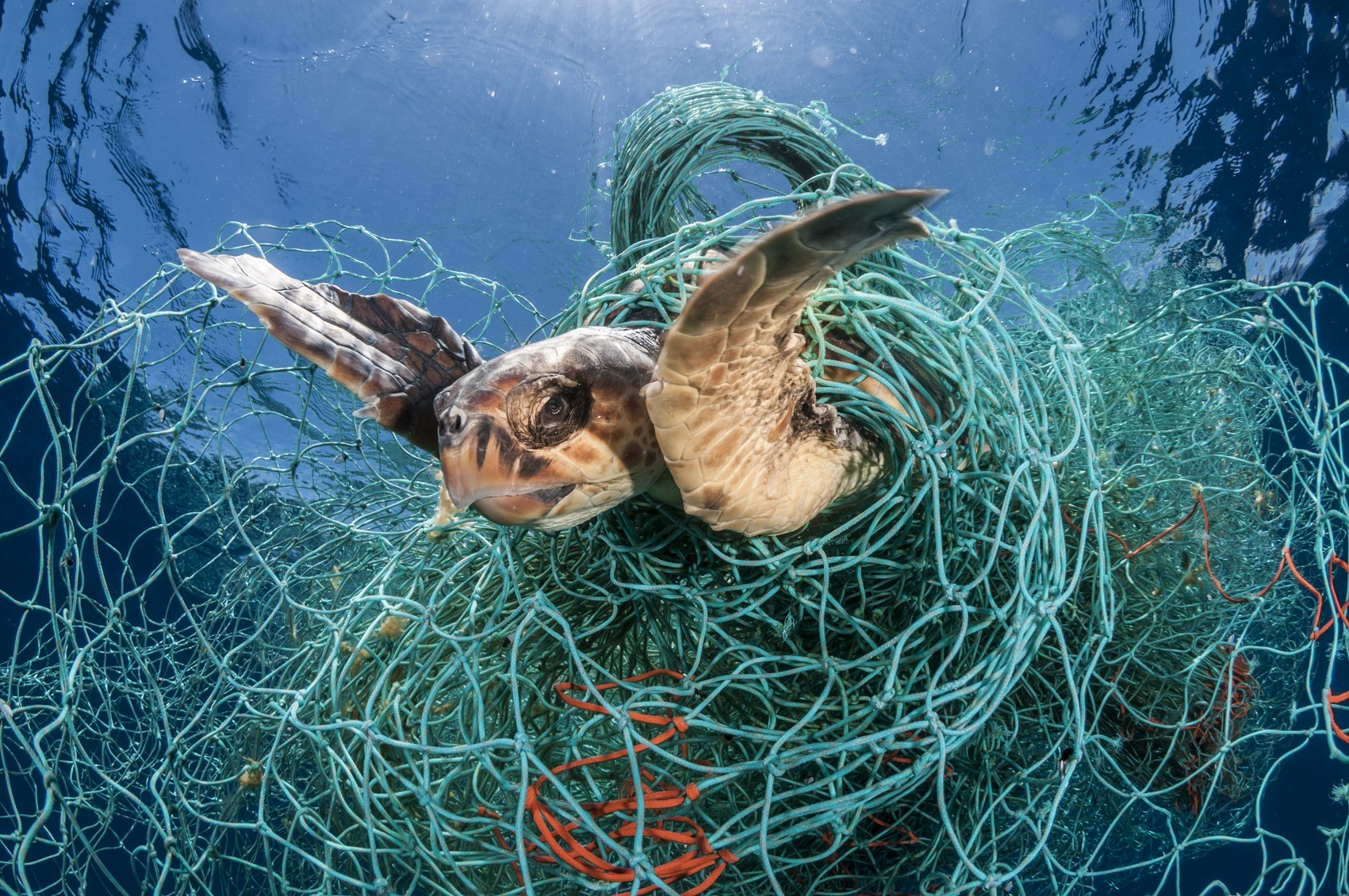 According to World Animal Protection at least 640,000 tonnes of ghost gear are added to our water bodies (lakes and oceans) every year, killing and mutilating millions of marine animals— including endangered whales, seals, turtles. The vast majority of entanglements cause serious harm or death. Swallowing plastic remnants from ghost gear leads to malnutrition, digestive blockages, poor health and death.

The prevention of ghost gear is vital, as not only does it deplete fish stocks, it is also killing our marine life. Every year more than one hundred thousand whales, dolphins, seals and turtles become entangled in ghost gear. Lost gear is four times more likely to trap and kill marine animals than all other forms of marine debris combined. In addition, it is also contributing to the ocean’s plastic problem with more that 70% of macroplastics by weight being fishing related.

“Fishing gear is designed to catch and kill, and when it is left in the ocean or lake it is the most harmful form of marine debris for animals.

“It’s heart-breaking to know that animals caught in this incredibly durable gear can suffer from debilitating wounds or suffocate or starve to death over a number of months.

“Sea food companies should be at the forefront addressing the impact of ghost gear on Marine life. These companies must remember that consumers demonstrate they care about the welfare of animals when they are deciding what brands to put in the shopping baskets”. She Said