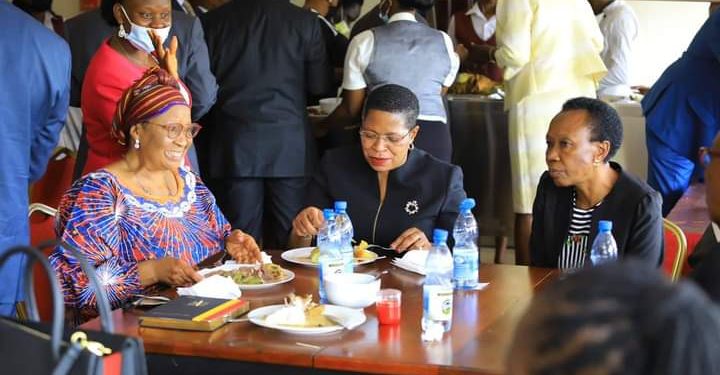 Curbing Poison Scares in Parliament Speaker, LoP Had Lunch With MPs in Canteen. 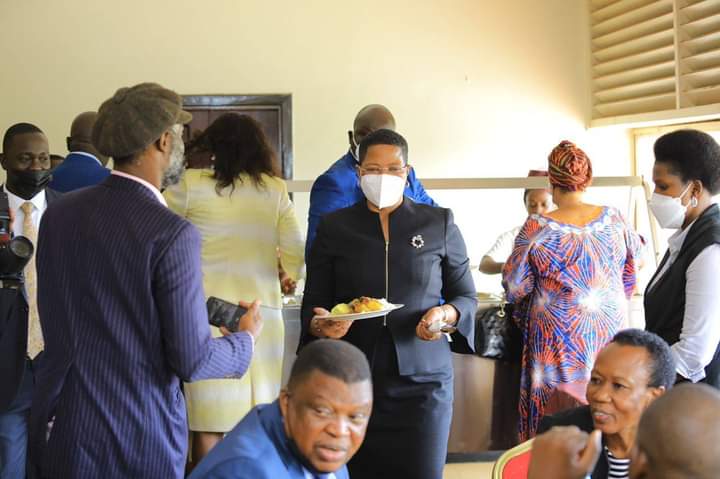 The speaker of Parliament Anita Annet Among moves to fight the escalating poison scares in parliament by having lunch together with other members of Parliament in the parliamentary canteen.

This comes after some MPs started fearing to have meals in the canteen due to fear of poisoning. Among was joined by the leader of the opposition Mathias Mpuuga who also had lunch in the canteen as an assurance of food safety to MPs.

This did not only excite MPs but also ministers who had never shared lunch with the speaker of Parliament in the canteen. They dispelled poison rumors in the August House.

The leader of the opposition Mathias Mpuuga explained the purpose of the occasion, saying the leadership of parliament is committed to protecting and giving confidence to legislators on Food safety in parliament.

The commissioner of Parliament Solomon Silwany applauded the speaker of Parliament for taking her leadership to fight the poison phobia that was tarnishing the image of parliament. He assured the public and MPs of the safety of food in the Parliament canteen.

Last Week the Kira Municipality Legislator Ibrahim Semujju Nganda put the leadership of parliament to task to assure MPs of the safety of food in the parliamentary canteen following allegations that the fallen Speaker of Parliament Jacob Oulanyah succumbed to Poisoning.