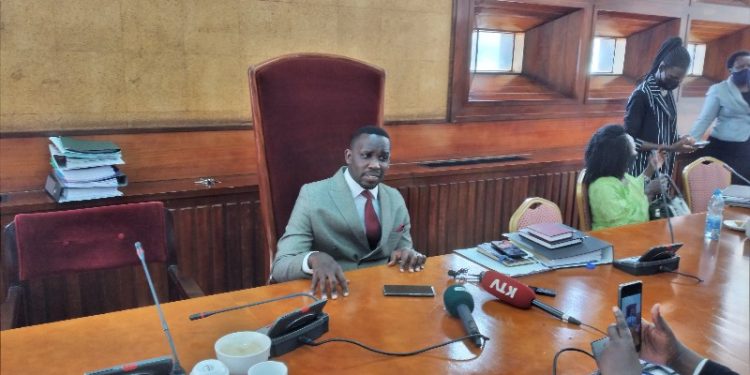 The Parliamentary Committee of Commissions, Statutory Authorities, and State Enterprises have grilled officials of the Uganda Land Commission over the Controversial sale of Uganda Railway Land In Nsambya and Kibuli.

It was discovered that businessman Hassan Basajjabalaba’s KIU and other two firms were allocated part of Railway land under no clear circumstances.

Members on COSASE  quizzed officials of the Uganda Land Commission on how Kampala International University of businessman Hassan Bassajjabalaba acquired 14 acres off Kibuli-Nsambya Railway land yet it was won part of the Private local investors who were lined up to be compensated after losing their land In Nakawa-Nagguru estate where they had earlier been issued titles in error.

KIU was not even in the cabinet directive of the 13 investors approved for compensation including Janet Kobusingye, Charles Kimera, National Library, Islamic University, and Nakawa Disabled Vocational Training Institute. Others are  Quakers, Church Of Uganda, House of Dawda, CTM(U) Ltd, Alumnus Properties Ltd, William Nkemba, Yas Company, and Access (U) Ltd.  But the commission told the committee that they acted on a presidential directive of 29th September 2010 which ordered them to allocate Basajjabalaba’s University 20 acres to cater for University expansion but they only gave it 14 acres which were available and KIU paid a premium of 675 million shillings and annual ground rent of 34 million shillings

However, the committee queried the authenticity of the presidential directive after discovering that the annex was forged, and directed ULC to produce the original copy of the directive to clear the suspicion.

Not only did KIU obtain Railway Land in controversial circumstances,  but also Color Press Services which was allocated two acres at a premium of 120 million, and FairPlay Catering Services which obtained three acres at zero premium. The secretary of ULC Barbarah Imaryo apologized for mistakes that were done by the Commission.

MPs established that non of the 13 beneficiaries paid premium and yet these investors deviated from the purpose to which they were allocated land and did other businesses. Others went on and sold off the land.