Blogger Ashburg Katto has come out to reveal that his life is in danger moments after receiving relief food from the first family on behalf of Ugandan bloggers.

The people power diehard received food items including posho, rice, sugar, milk powder, beans and cooking oil following his plea for help from well wishers in the wake of the covid-19 lockdown in the country.

Yesterday, the blogger announced how he had received the donation from friends of Gen Muhoozi Kainerugaba (president Museven’s son) a move that attracted criticism mainly from people power supporters who branded him a mole.

Katto has now come out to reveal how his life is in danger following a Facebook live broadcast of a one  Kojja Omugezi who called for mob action against him.

“I might die soon or anytime from now.. This former ADF rebel wants to kill me and he has put money on my head. If I die mysteriously here is the first suspect” Ashburg posted on his Facebook page and accompanied the post with Kojja’s video issuing the threats. 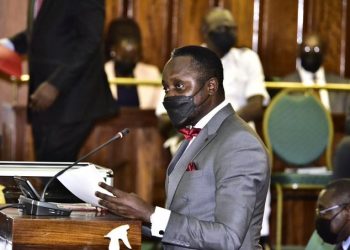