‘Black Panther’ proves that diversity sells, but is Hollywood buying it? 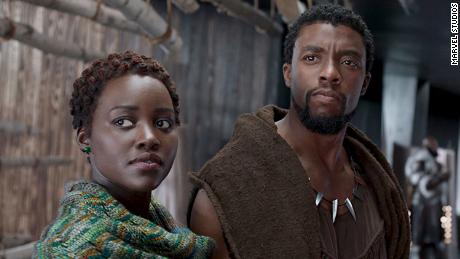 For a long time, there’s been a perception that diversity in Hollywood films doesn’t sell overseas.

And then “Black Panther” opened earlier this month and upended that notion.
The wildly successful Marvel movie, with its nearly all-black cast, is shattering records. Its already crossed the $700 million mark globally in its first two weeks in theaters.
Related: ‘Black Panther’ roars past $700 million worldwide in week two
The film’s stunning success underscores the findings of a UCLA study published Tuesday.
The “Hollywood Diversity Report 2018,” which was written prior to the February 16 release of “Black Panther,” finds that the industry still needs to do a better job with representation.
Titled “Five Years of Progress and Missed Opportunities,” the annual study looked at staffing both in front of and behind the camera in the top 200 theatrical releases of 2016 and 1,251 broadcast, cable and digital platform television shows from the 2015 to 2016 season.
The year 2016 included some high-profile films with black casts including “Moonlight,” “Fences” and “Hidden Figures.”
According to the study, Hollywood is still lagging behind its audience and the authors suggest “that the industry at large should invest in hiring that is reflective of the U.S. population, which is nearly 40 percent minority and at least 50 percent female.”
“Our findings reveal that, regardless of race, audiences want to see diversity on the screen,” said Ana-Christina Ramón, director of research and civic engagement for the Division of Social Sciences and one of the study’s authors, in a statement. “Our reports have continually shown that diversity sells, but the TV and film product continues to fall short. So audiences are left wanting more representation on screen that reflects the world they see in their daily lives.”
The study points out that Hollywood is “leaving money on the table” by failing to develop more projects with diverse casts.
Films in 2016 with casts made up of 21% to 30% minority actors had the highest median global box office ticket sales and the highest median return on investment.
In contrast, the study found, films with the most racially homogenous casts were the poorest financial performers.
On the TV side, the shows with the greatest diversity were shown to get typically higher ratings as well as higher levels of social media engagement from viewers across all ethnic groups.
But while the level of representation for minorities mostly improved from 2015 to 2016, the numbers remained stagnant in some areas and declined in others.
There were more film directors, writers and broadcast-scripted leads of color in 2016, but minorities lost ground in the area of broadcast-scripted film creators and held at the same number of film leads and cable-scripted show creators.
Film leads who were people of color amounted to 13.9%, while 12.6% were film directors and film writers were 8.1%.
Cable-scripted leads accounted for 20.2% while broadcast-scripted leads were 18.7%.
Women made some gains in the industry, but still fell short in areas like directing where they were outnumbered more than 7 to 1 (6.9%) in comparison to their male counterparts.
Previous Post

Kingdom of the Netherlands Accredits Envoy to EAC Bloc