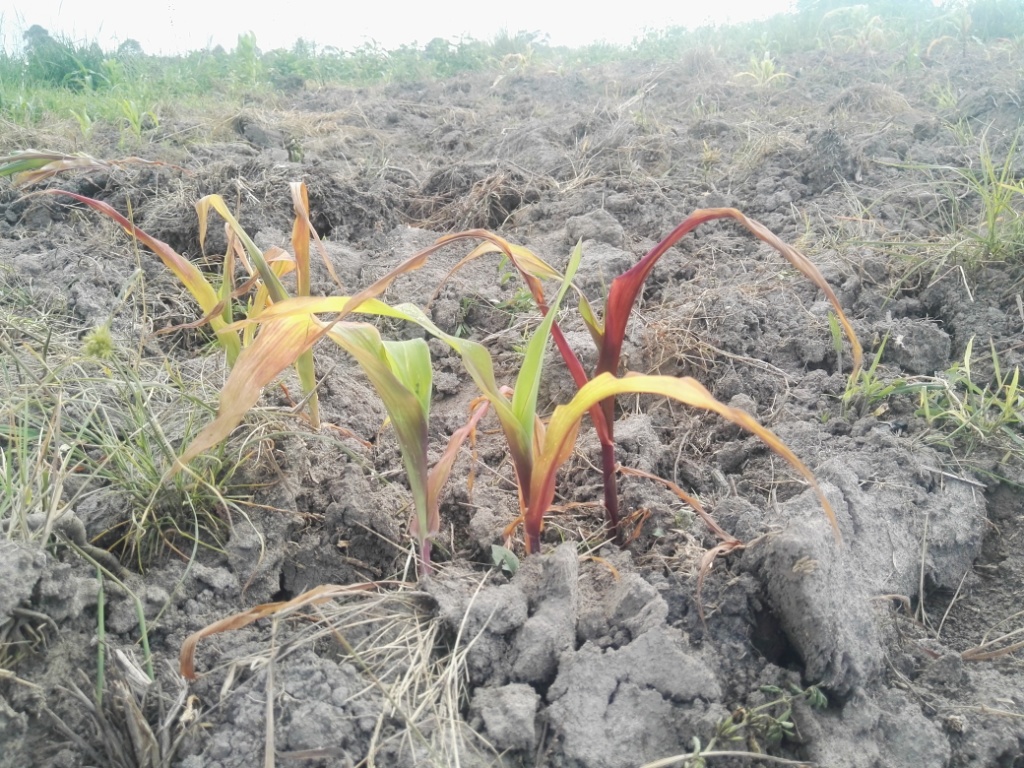 More than 20 farmers in Kalagala village in Kasaali Town council are stranded after bad-hearted people raided their food plantations and gardens on Wednesday night and sprayed their crops with toxic chemicals.

As a result of the chemicals, most of the crops including beans, maize, Irish and sweet potatoes, coffee and others covering over nine acres are withered and others dried them up.

Also young coffee and eucalyptus trees plus maize were uprooted and taken.

Affected farmers say they had received the coffee, beans and maize seedlings under the wealth creation programme expecting better yields due to the prevailing rainfall.

Nalubowa had grown maize and beans on one acre but they are withering and drying up fast since they were sprayed. She said that she had expected to harvest over 400kgs of beans and maize.

“I had planned to sell the beans to clear my children’s school fees and also support my family during the Christmas season. Now I am stuck without an alternative,” he said.

According to Nalubowa, food scarcity in the village and sub-county is inevitable as a result of the incident.

He appealed to the district security committee to intervene the matter for redress.

“We wonder why someone would target our gardens. They were selective in their mission because gardens in the neighbouring communities were not tampered with,” he said.

Charles Baguma, an elder and one of the affected farmers, said his coffee and eucalyptus trees were uprooted and taken in addition to his sweet potato garden which was also sprayed.

He explained that potatoes cannot grow up without the leaves.

“Remember, Kalagala is one of the food baskets of town council. Therefore attacking food plantations is a huge setback. Food insecurity and poverty will be the order of the ay especially during the Christmas season,” he added.

Charles Kalema lost two acres of eucalyptus and beans. He said the projects were to support his family. He said that his plantation and garden were sprayed in his absence.

“I was away for three days. Therefore they sprayed my garden in my absence,” he said.

However, The eyewitness has established that there has been a long-standing dispute between the farmers and Buyamba parish under (Masaka Diocese) over more than 30 acres on which the affected farmers cultivate. The land is being occupied by 25 families.

The residents (occupants) won a case against the Diocese which was claiming ownership of the disputed land.

“Although we have no proof in the meantime as to who sprayed our crops with the toxic chemicals, we still suspect our immediate rival (diocese) priests.

Buyamba Parish official, who preferred anonymity, said that the residents/farmers should be careful with their allegations over what happened to their crops.

“How do we know it is their fellow resident?” he asked.

In the meantime, police are making inquiries to establish the perpetrators.