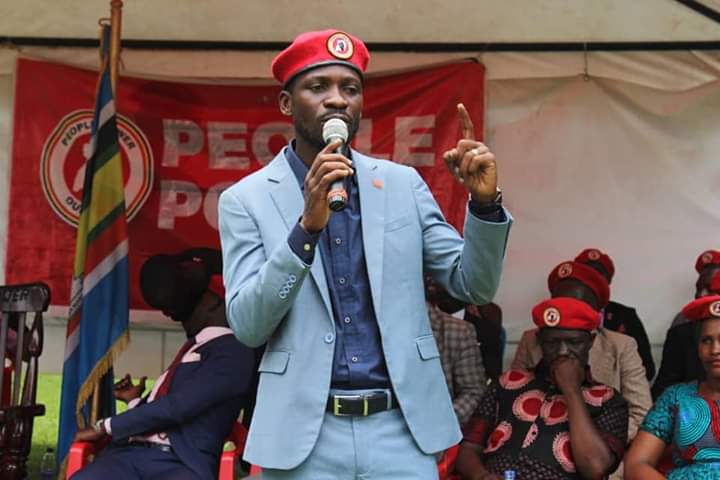 Nsubuga Yusuf is one of those many Uganda living his life under fear after his brother Kyazze Yusuf Shaffiq a boda boda (Commercial motorcycle) rider in Kampala rode the leader of the people power political movement in Uganda who doubles as Kyandondo east legislator, Robert Sentamu Kyagulanyi on his commercial motor bike as he was being blocked by police with intention to arrest him.

Shaffiq who was plying his daily business at Luwumu street in the center of the capital, Kampala with deep love and support for Hon. Kyagulanyi aka Bobi Wine risked by asking Bobi Wine to use his motor bike and drove him away to safety on independence day.

That day, Bobi Wine which is his stage name was supposed to stage a music show at his beach in Busabala in Wakiso district and was refused to stage the show for the fourth time which angered the promoters, fans and the artist.

Since then, security started trailing Shaffiq with plans to arrest him. On noticing that he was being trailed by security he disappeared without notifying his family members.

According to Yusuf, Shaffiq was constantly complaining of receiving mysterious calls from people he didn’t know asking him where he was and he always declined to give details of his where about.

“We noticed that he was missing after he failed to come home for two connective days and reported to police for a search of our brother but in vein.” Says Yusuf.

Yusuf continues to narrate, I being a very close brother to Shaffiq, I went to his stage to ask his workmates but they had no information about his where about. I started telling myself that it must be related to riding Hon. Kyagulanyi on his motor bike.

Since October, I also started receiving calls from unknown people asking me the where my brother Shaffiq must be and I have always told them one thing, I don’t know.

The calls are too much for me. Says Yusuf. Then face to face meetings with unknown persons asking the same question and this has put my life in danger, bearing in mind what goes on in my country especially to those that oppose the sitting government.

Talking to a few friends, about the matter, they expressed worries and asked me to disappear just like my brother did to save my life.

Speaking to our reporter for over three hours, Yusuf was depressed, and would break down and cry. The interview which was set by friends to Yusuf almost failed to realize positive results as we would break off and do other things with the aim of giving him space to get back to normal ways.

Just like Yusuf, many Ugandans supporting the opposition movement people power are facing hard times in their native country.