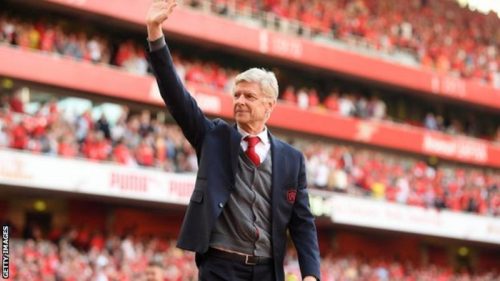 Arsenal are confident of naming a successor to Arsene Wenger before the World Cup kicks off next month.

The Frenchman, who has two more games as manager, is leaving the club after almost 22 years.

The Gunners have no specific deadline for the recruitment process, but an announcement is expected before the tournament starts in Russia on 14 June.

Ex-Barcelona coach Luis Enrique has been linked with the job, along with Juventus boss Massimiliano Allegri.