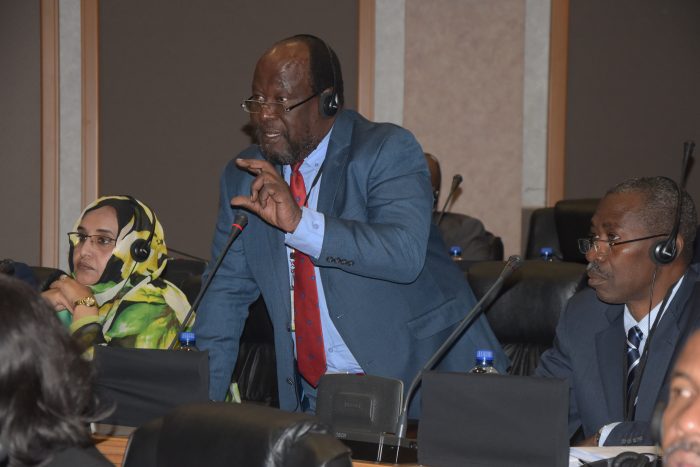 “We need more transparency. In Egypt, I moved a motion to set up a committee to investigate allegations of corruption, and the President promised to handle the matter, which he should have reported about now,” said Hon. Mohammed-Mubarak Muntaka (Ghana).

“In Kigali, [PAP] staff were detained and the finance officer stayed behind for a week until our bills were paid. We need to know the agreements signed by PAP and governments hosting our meetings for us to avoid these embarrassing situations,” he added.

A proposal by members to have the meeting held in camera to discuss matters of finance and allegations of corruption was however not carried as the President suggested that the House waits for the report of the Committee on Audit and Public Accounts.

During the same sitting, PAP suspended two representatives from Cote d’Ivoire, who took oath at the start of the second ordinary session of the fifth Parliament yesterday. The legislators who were designated by the country’s Senate raised the number of their representatives to seven, two more than what is provided for by the Protocol establishing PAP and the PAP Rules.

However, Prof. Ogenga-Latigo reasoned that Parliament erred in law in suspending the members.

“In Uganda, I am a Member of the Rules Committee. These two members who were sworn in outside the prescribed number are not legitimate members of this House. You cannot therefore just suspend them because they are not members. As it is now, unless Cote d’Ivoire withdraws the five who are already members, what transpired is null and void in law. That is the position,” Ogenga-Latigo said.