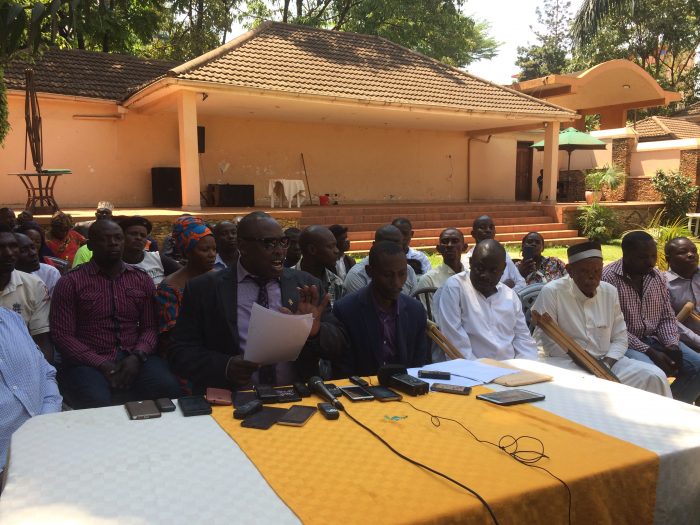 PWDs under their body, Kampala association of disabled traders company are calling on the state house anti corruption agency and the IGG to expeditious investigate the syndicated plot by a section of Kampala Capital City Authority (KCCA) councilors and the legal department where they connived with another group called Kampala district union of persons with disability to snatch their land.

Led by their chairperson, John King and the secretary Kitimbo Paul, the PWDs accuse KCCA of illegally granting a five year lease offer to their rival group, Kampala district union of persons with disabilities in June 2008 which lease has since expire in 2003.

They further say, KCCA has refused to renew the lease for the lawful occupants, Kampala association of disabled traders company limited which has a membership of over 400 with plans to set up a four storage building.

They now warn that if nothing is done, then they will not hesitate to take action to demonstrate their dissatisfaction to the powers that be in the country.