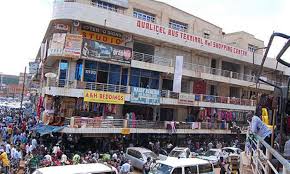 The state minister for Kampala, Hon. Ben Nalongo Namugwanya reveals that government is planning to open up a single bank account where all traders will be depositing their rental fees as court comes up with the final position on the ownership of the buildings.

For years now, there has been a growing battle of ownership of Qualicell bus terminal arcade, Nabukera and Jambori arcade between Matovu Mansur Young, Dreck Lubega and the late Charles Muhangi where all the three re claiming ownership and the matters are in court.

Government, through the Attorney General’s office shall negotiate a modality of opening up an escrow account, where all disputed or accruing rent for the period after February 2019, shall be paid and held therein until the final case is determined by courts of law. The tenants are advised to continue paying rent as it falls due.

In the interim, no rental arrears shall be demanded from tenants who have proof that they paid to Mr. Muhangi for the period when he was in possession.

However, Regarding property ownership, the status quo shall be maintained until the issue of ownership is determined by court or until court issues a Contrary Order.

Yesterday, traders were forced to demonstrate after finding that their work station had been locked forcing security organs to come in full swing to calm the situation which saw a number of traders arrested.

Government assures trader of security in the affected areas to see that there is peace for business to thrive.

Opendi Wants Illiterates Out Of Politics