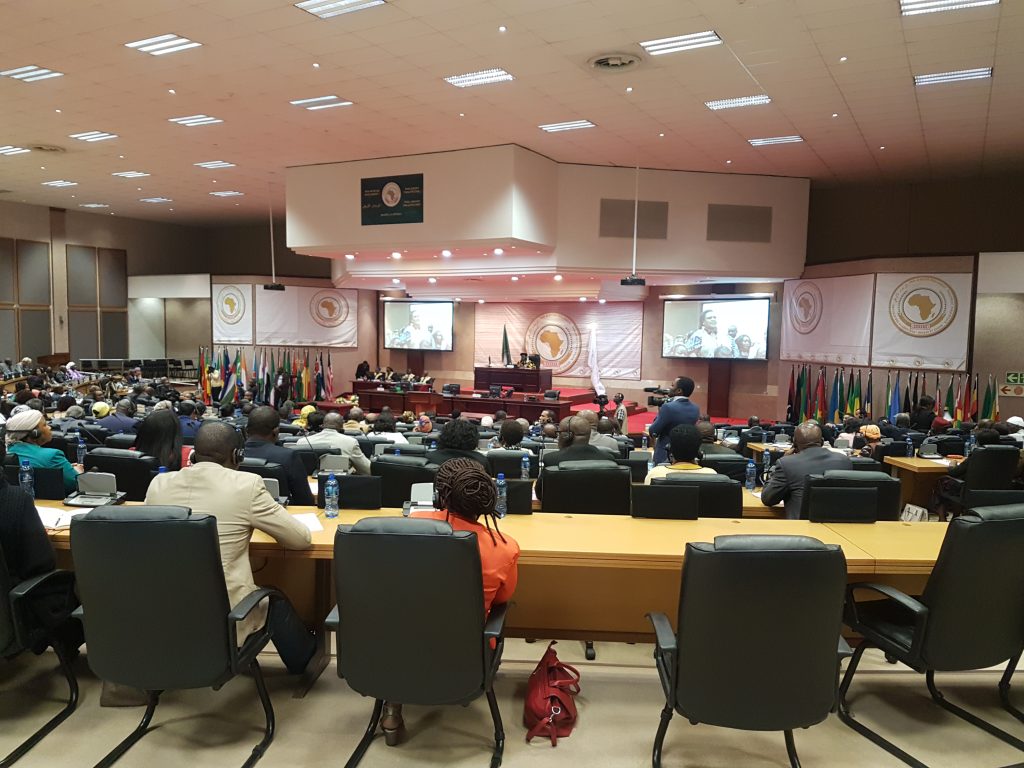 The Pan African Parliament (PAP) has considered and adopted the proposed US$ 26 million budget to run the legislature’s activities and programmes in 2019.

The PAP, which is headquartered in Midrand, South Africa is one of the organs of the African Union and has representation of five legislators from each of the 54 AU member states.

The budget, presented by the Chairperson of the Committee on Monetary and Financial Affairs, Hon. Michael John Temple (Swaziland), showed a 35 percent increase compared to the previous year’s budget of US$ 19 million.

“The increase is largely due to the addition of extra programme activities and the inclusion of rental of the PAP official residence in the 2009 budget,” Temple told legislators Wednesday.

He said the other costs that spiked the budget were salary inflationary adjustments, increase in educational allowance, travels, communication and ICT maintenance among others.

“The host country has been unable to upgrade the PAP ICT infrastructure for a long time and we are experiencing continuous breakdowns,” Temple said adding “it is imperative that PAP should plan for these activities and be self-sustained by 2019 if it is to remain relevant and operational as a continental parliament.”

The budget focuses on four main strategic objectives which are enhanced legislative capacity, increased oversight of the PAP, representation of the African people and building institutional capacity of the legislature.

While demonstrating support for the budget, Hon. Prof. Geoffrey Lungwangwa (Zambia) noted that the PAP has operational difficulties, which even affected elections that were recently held for the leadership of the PAP.

“It took us long to conclude our voting system. In my Parliament, voting takes only two minutes because we do electronic voting. You don’t have to use a register,” Prof. Lungwangwa said.

With regard to the overall management of the budget, Hon. Thandi Modise (South Africa) suggested removing the burden of accounting for the budget to the PAP Bureau instead of leaving it entirely to technical staff. She therefore recommended revising the rules of procedure so as to highlight the role of the President in the PAP budget since he is ultimately accountable to PAP in the management of the funds.

Prof. Morris Ogenga Latigo (Uganda) attributed the bloated budget to the reluctance by the South African government to implement fully the host agreement. He said this was contributing to leakages of the PAP resources towards paying for the residence of the President.

The PAP budget will now be forwarded to be considered for incorporation into the African Union Commission budget.

Among other business, the PAP also discussed its activity report for the period October 2017 to April 2018, where among others it highlighted the statutory and non-statutory activities it carried out. Among others, the report noted the PAP participation in the meetings of COP23 in Bonn, Germany; the Africa-EU summit and the AU Summit in Addis Ababa, Ethiopia and the Extra-Ordinary Summit in Kigali. The PAP MPs also participated in the Inter Parliamentary Union events in Geneva, including the UN meetings on women’s rights in New York.