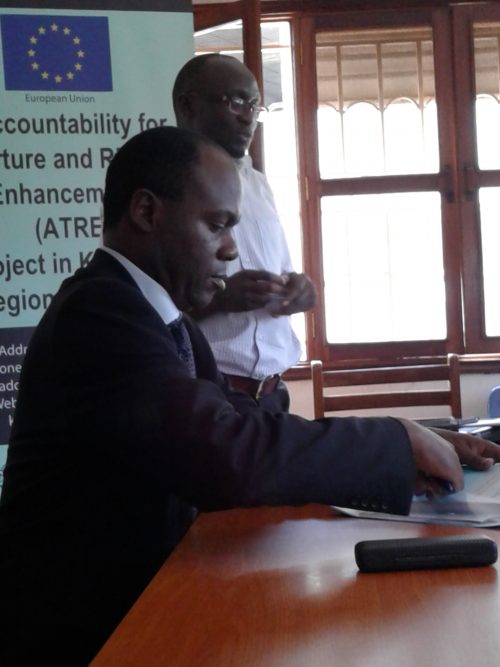 The CEO African centre for treatment and rehabilitation of torture victims (ACTV) Samuel Herbert Nsubuga is concerned with failure to have no perpetrator of torture punished by the anti torture despite it living for six years now.

The prevention and prohibition of torture act 2012 was put in place to curb down on the high levels of torture against Ugandans and non Ugandans which were on a rise in the country mainly by security operatives among other sections of the general public.

Meeting with journalists today in Kampala, Nsubuga says, many police officer both low and high ranked have continued to torture innocent Ugandans with many losing their lives and others living with serious health injuries for life.

He further challenges government to settle all the standing compensation bills totaling to UGX.6.8Bn which has stayed for close to four years now.

Among the victims to receive compensation include, the 22 suspects in the late AIGP Andrew Felix Kaweesi murder case.

The head of monitoring and evaluation at ACTV, Haji. Sulaiman Mpagi reveals that since January to September 2018, they have received over 316 torture survivors with males taking the lead (234) and females (82). Youth aged between 19 to 36 are the mostly affected group when it comes to torture.

Still police among other security agencies like the UPDF, CMI are taking the lead in torturing people in the country.

If convicted for torturing an individual, the perpetrator stands facing a sentence of seven years in jail.