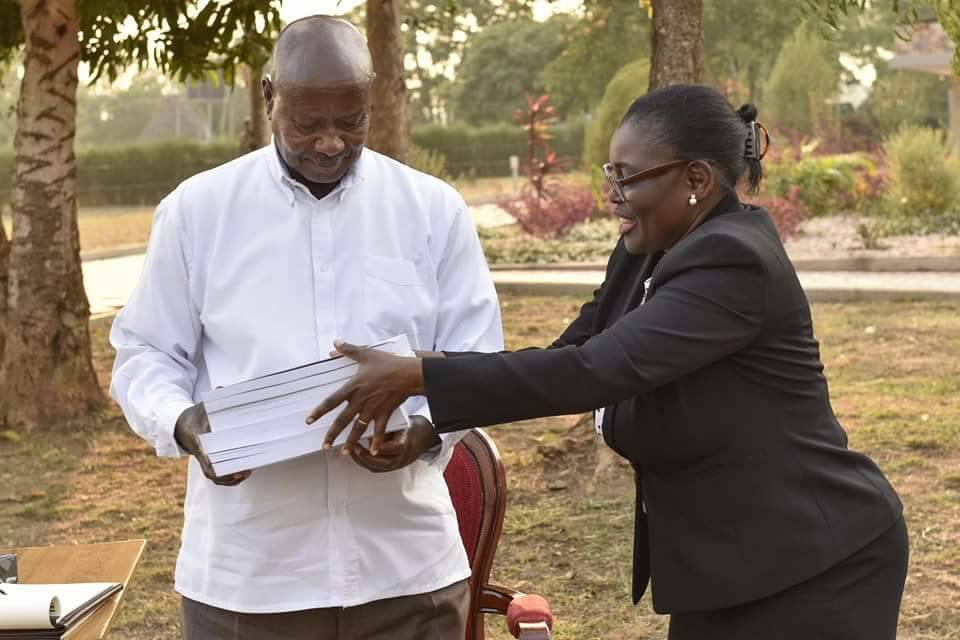 President Yoweri Museveni has received an interim report from the Commission of Inquiry into Land Matters in Uganda.

The Commission’s Chairperson, Justice Catherine Bamugemereire, handed over the report to the President during a meeting held last evening at Kawumu State Lodge.

The interim report constitutes an update to President Museveni on the progress of the inquiry after seven months into the probe.

In 2016, President Museveni constituted a Commission of Inquiry after rampant land evictions and complaints that he had been receiving from the public. The Commission was tasked to look into the effectiveness of the law and processes of land acquisition, administration, management and registration in Uganda.

Justice Bamugamereire indicates that public response to the Commission has been overwhelming. The Commission has clocked 120 days of public hearings, received 4,900 complaints and listened to 287 of these and reviewed 600.

“This shows that the significance of land to the economy of Uganda, cannot be underestimated. Land relates to agriculture which is the bedrock of the Ugandan economy,” she said.

The Commission’s interim report recommends a number of actions for government to adopt. Some of which include restructuring and amalgamating various government agencies into two bodies: Land Authority and Conservation Agency.

The report also seeks to enlist government agencies for help to the Commission to implement the issues they have worked on.

President Museveni thanked the Commission for bringing him an assessment on land problems in Uganda and for coming up with recommendations for government to adapt.

“Land will now start being a real factor of production. This is a historical moment because there has been no other Commission since the 1924 Commission that was appointed by Governor Mitchell. The difference is that the other was simply a Commission of Inquiry but this is a Judicial Commission and if you commit perjury you can get 7 years in jail,” he said.

The President said that he would appoint senior Police Officers and lawyers to work with the Commission to implement what the probe team has been working on. He added that government would discuss the recommendations in the report when the final report is submitted in May this year.
“The recommendations will come to Cabinet through a White Paper and the public will then be informed about the adaptations,” he said. 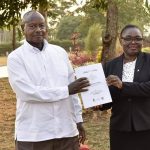