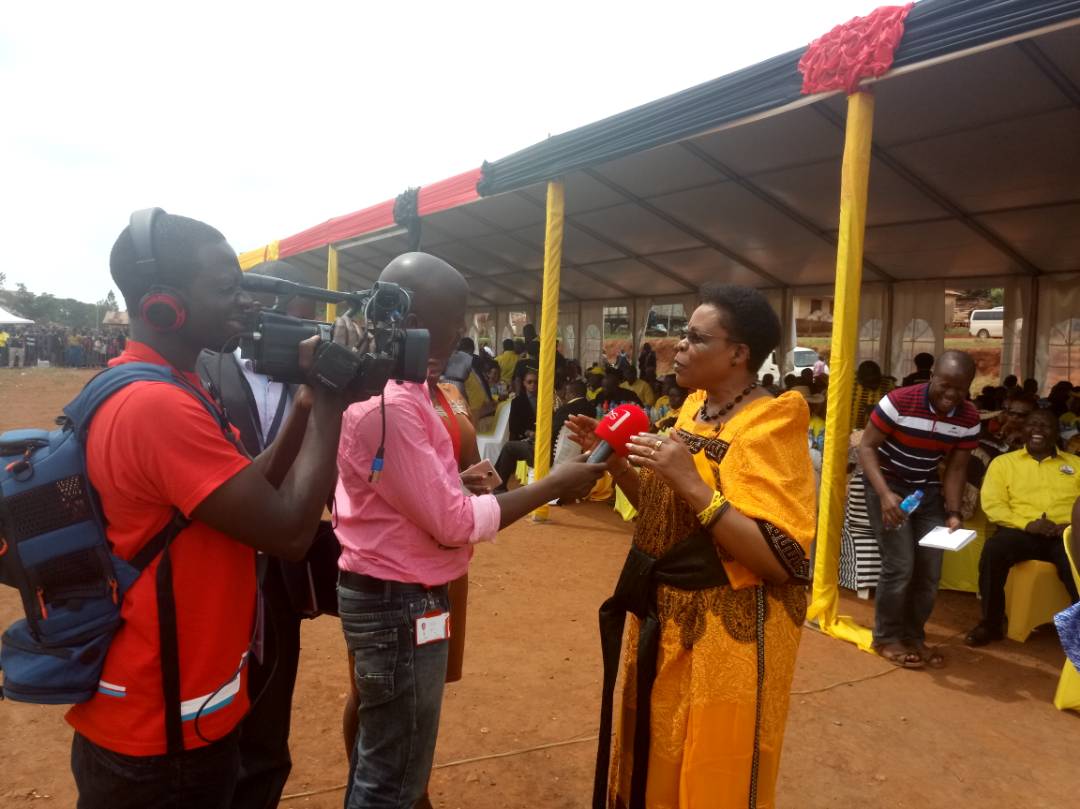 He said  that the first people who fought NRA war are old historical s and the 317 MPs are new because they fought a war using papers of amending the constitution.

He said that it’s the opposition members who provoked the NRM members to push for the removal of the age limit from the constitution because they were  worried of  this amendment which was violating the rights of others  leaders basing on age.

At this function held in kiboga town to recorganise the contribution of 3177 MPs who voted of the removal of the age limit from the constitution, the government chief whip Ruth Nankabirwa said that the campaign for the referendum to effect the 7 year term from 5 year will be taken country wide.

The president  warned the people in the country against being incited over the issues of land, saying that any problem on land can be settled since both tenants and land lords are both members of the ruling party   and added that even NRM fighters should be asked their views on the issues land.

He  told the people who had gathered at kiboga district ground in kiboga town that he chased artisan miners in mubende because were illegally mining and exporting the gold to Arab countries  causing unemployment to other Ugandans,

He said that the gold from this area will be taken to new industries being constructed in Entebbe where many Ugandans will be getting jobs.

He further told the leadership of the operation of wealth creation to always first consider NRA veterans while giving out items for agricultures before giving supporters of NRM people and others.

The president also issued a directive to people encroaching on Rwamata wetland in kiboga district to stop with immediate effect.

He ordered the RDC for kiboga district to affect his order