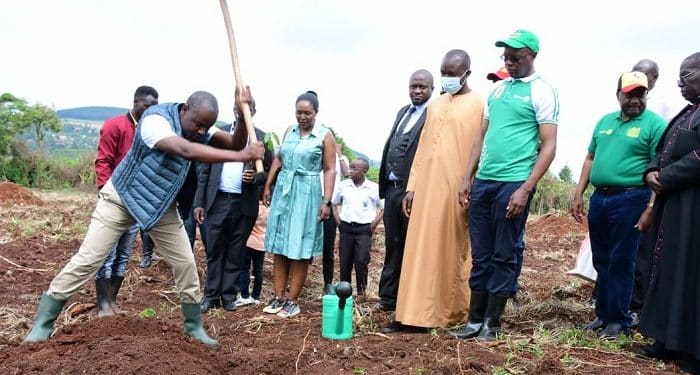 The Deputy Speaker of Parliament Thomas Tayebwa has promised to intervene in the long-running battle to save the Mabira Central Forest Reserve that has been a thorn in the neck of communities for such a long time.

“Am going to send the committee on Natural Resources and the one on Climate Change to do a special visit around Mabira and the factories you are having around so that we come up with a clear resolution and support the Minister for Environment ,,’whoever is polluting must pay Tayebwa vowed.

Mabira Central Forest Reserve, located on the Kampala—Jinja Highway at about 54 Km from the capital occupies parts of Buikwe District where the Deputy Speaker went on Friday, November 11th to celebrate his 42nd birthday.

Tayebwa, heard touching stories from local communities including area Members of Parliament who petitioned him to use his authority to call out the National Forestry Authority and the National Environment Management Authority to do their regulatory job right.

The Deputy Speaker who was in the company of his wife Anita Rukundo Tayebwa and the Rotary Club of Kampala Central planted trees at St. Joseph’s Seminary Nyenga, a minor catholic secondary school purposed for training priests.

“We are having a problem here of Mabira Forest [Reserve] which is being cut down at high speed every day. All the other forests in the district are also being depleted. We have engaged NFA to come and help us but we have failed,” the State Minister in the office of the Vice President and Woman Member of Parliament for Buikwe District, Ms. Diana Mutasingwa said.

Mr. Jimmy Lwanga, the Member of Parliament for  Njeru Municipality said some factories were flaunting environmental protocols with impunity.

He told Tayebwa that environmental protection agencies including the National Forestry Authority and the National Environment Management Authority were sleeping on the job and that he needed to call them out.

Lwanga who sits on the Natural Resources Committee of Parliament said factories had been set up in residential areas and that they were polluting the environment with wanton abuse.

“NEMA needs to regulate this industry. We need investors but again, our life matters,” he said, expressing concern over the rate at which forests were also being depleted.

“And the culprits who are hiding behind have political God-fathers in this country. So, however much we try to fight them legally you cannot manage them”.

Tayebwa was shocked by the extent of destruction in and around Mabira Central Forest Reserve.

He promised that he would dispatch two Parliamentary Committees including the Natural Resources Committee and Climate Change to assess the magnitude of the matter and report to the House.

Tayebwa said whoever participated in committing environmental crimes at Mabira Central Forest Reserve would be made to pay for their sins.

“I’m going to send the Committee of Natural Resources and the one of  Climate Change to pay a special visit around Mabira and the factories we are having around so that we come up with clear resolutions and we  support the Minister [Mutasingwa] and whoever is polluting must pay,” Tayebwa said.

He added: “If you’re polluting, you pay, as a measure of mitigation. You can’t stop development but sustainable development whereby you pay for your sins”.

He insisted Parliament would hold all those responsible to account for their environmental crimes.

The deputy speaker also called for planting of indigenous trees.

“We should reduce Eucalyptus trees, Pine trees and we should now be planting our indigenous trees which will be harvested in 100 years.”

Tayebwa emphasized that preserving the environment was nothing less than preserving life and said trees and forests play an essential role in mitigating the impact of climate change.

“As deforestation continues, we must put back what we’re taking away,” he said, adding that planting more trees, it will contribute to reforestation efforts, restoring lost forests, repairing damaged ecosystems, and mitigating climate changes.

“Planting trees is one of the most important things we can do to contribute to the health of the planet. Forests are the lungs of our planet, drawing in carbon dioxide and breathing out oxygen and we are the world’s buffer,” he said.

Tayebwa said a section of Ugandans were pausing at the international level as climate change activists to get money from western funders yet they have never planted a single tree back home.

“There’s a big international cartel of people masquerading as climate change activists and organizations to steal money,” he said.

Logging began in the early 20th century, and the characteristic trees of East African mahogany (Khaya anthotheca) and mvule (Milicia excelsa) that were present in the 1950s have since mostly been cut down for their valuable timber.

During the 1970s and 80s, the government allowed banana and coffee plantations in the reserve which is a  home to over 300 species of birds and nine species of primates. 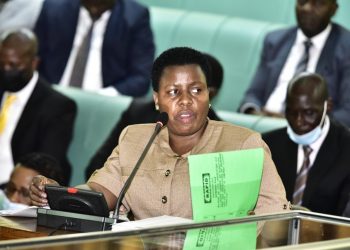