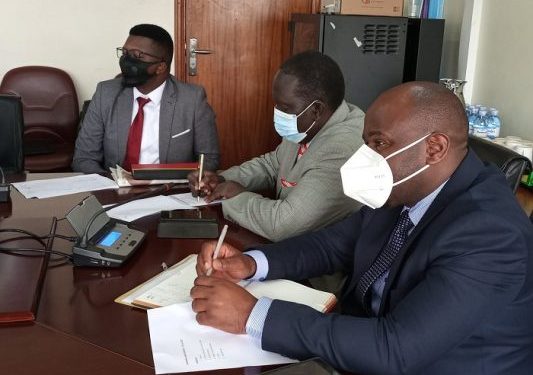 Opposition Calls for A Select Committee to Probe Abductions.

Members of the opposition in parliament have called upon parliament leadership to institute a select committee to investigate the new wave of abductions and enforced disappearances of opposition supporters.

The opposition says they have gathered a list of 12 people that have been abducted recently which they are going to submit to government.

Addressing a press conference at parliament opposition leaders led by shadow minister of internal affairs Abudallah Kiwanuka and the Shadow minister of Defense and Security Derrick Nyeko expressed an urgent need for establishment of an independent select committee to probe the whereabouts of the missing opposition supporters who were allegedly abducted recently from different parts of the country.

The opposition claims the parliamentary committee of human rights is not competent to investigate issues of human rights violations since it’s chaired by NRM that is in power.

Last week in a meeting chaired by deputy speaker of Parliament Thomas Tayebwa, Government requested opposition to submit particulars of the alleged abductees including names, places of kidnap and their phone contacts to ease the tracing of the victims. Opposition says they have gathered a list of 12 victims ready to submit to parliament.

Meanwhile Opposition has vowed not to submit the contacts of the relatives of the abductees as requested by government in last week’s meeting between the  government and Opposition leadership due to the fear to threaten the families of the victims.