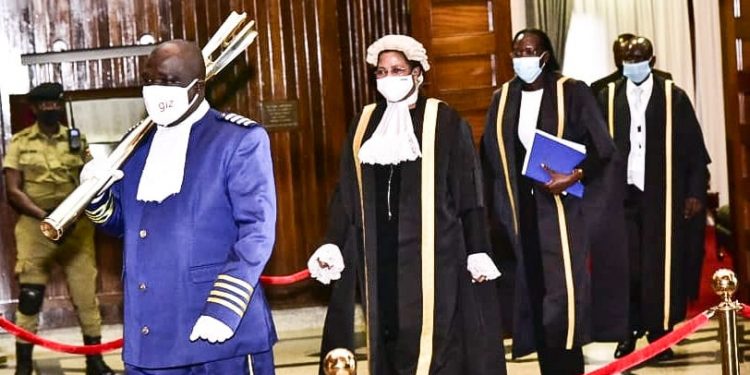 The deputy speaker of parliament Anite Among has directed the Minister of Security Jim Muhwezi to go back to the ground in Apaa where there is a conflict between Madi and Acholi people with the area leaders and investigate the security status in the area.

This is after members of parliament were not satisfied by the statement of the Minister of Security Jim Muhwezi Concerning the Apaa land conflict.

Rt Deputy Speaker Among said that the expectation was that the minister would go to the ground to assess the security situation in the area but the minister went into the issues of demarcation of boundaries.

“Hon members I know how sensitive the Apaa issues are, for this time around we ask the minister to go and ascertain the security situation, and that’s what we wanted not to whether Apaa belong where,’’ Rt deputy Speaker noted.

Gulu city woman mp Betty Aol said that the Apaa conflict is now a battleground and it’s a no-go zone for opposition political leaders, calling for a permanent solution to this conflict.

She said that the Acholi and Madi have ever coexisted but there is someone behind this conflict.

The minister of security Jim Muhwezi accepted the deputy speaker’s advice to reinvestigate the matter and report to parliament.

“I take your advice, I can go back and investigate and make a report about the current situation, the Minister said in response.