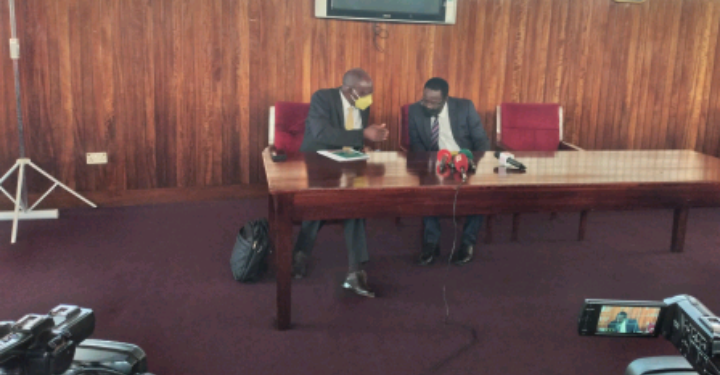 The Parliamentary Committee of Finance has endorsed the government moves to operationalize the National Payment Systems Act of 2020 to sweep depositors’ money on dormant accounts to the Consolidated Fund.

The law affects both Bank accounts and Mobile money accounts and the committee says it was passed in good faith.

But the committee of Finance proposes for creation of an agency to manage the deemed money and be spent on charitable activities.

In July 2020 the President assented to the National Payment Systems Act of 2020 to give permission to the government to revert people’s money that lies idle on dormant accounts and other electronic accounts such as mobile money to the Consolidated Fund. As the law generate uproar from the public, the leadership of the Parliamentary committee of Finance led by chairperson  Dr. Keefa Kiwanuka has come out to justify the enactment of this law which was processed by the same committee,  saying it’s a global practice of fighting fraud

Uganda currently has 21% of accounts dormant which had cash amounting to 12bn shillings by 2020. The new law reduced the grace period given to the account before being declared dormant from two years to nine months but an account holder is given six months period to reactivate the account before the money is swept.

However, Kiwanuka allayed fears of Ugandans that their money will not be swept directly to the Consolidated fund, saying it will first go to the Bank of Uganda where the account holder can claim it in the period of nine years.

It’s after nine years that government shall take over depositors’ money to the Consolidated fund with no option of retrieving it. But the parliamentary committee of finance proposes that instead of sweeping the unclaimed money to the Consolidated Fund, an agency should be created to manage the money by investing it into charitable and other people-centered activities.

The Finance Committee has advised  Ugandans to think twice before opening up accounts that may instead be rendered idle.

They have also implored the Bank of Uganda and the ministry of finance to carry out massive sensitization over provisions of the National Payment Systems Act.

KACITA Petitions Parliament over Bad Economic Situation Calls for a Bailout of Businesses Affected by the Lockdown. The deputy speaker...