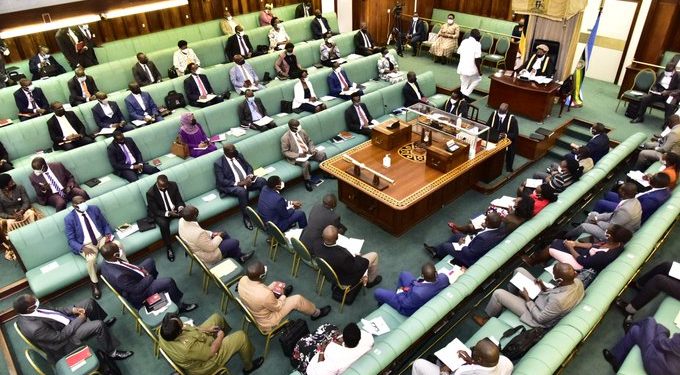 Parliament has suspended activities of Rebecca Alitwala Kadaga Institute of Parliamentary Studies (RAKIPS) on grounds that its operations have been colliding with parliamentary business.

But some MPs have defined the suspension as a witch-hunt on the former speaker of parliament.

The Rebecca Alitwala Kadaga Institute of Parliamentary Studies (RAKIPS)  activities have been suspended.

The institute was established by an Act of Parliament in 2020 as a semi-autonomous body with the objective of conducting courses for the exposition and enhancement of the knowledge, skills, and experience of members and staff of the Parliament and local government councils.

According to the Director of Communication and Public Affairs of Parliament Chris Obore, the suspension was premised on findings that operations of the Kadaga institute were colliding with parliament business.

Parliament has also suspended the MPs’ induction workshop which was organized by the Kadaga Institute this week.

Mr. Obore expressed a need to revise the semi-autonomous status of the Rebecca Alitwala Kadaga Institute of Parliamentary Studies, saying its independence is disadvantaging parliament.

Members of parliament are divided on the matter as some accuse the parliament administration of witch-hunting the former speaker Rebecca Kadaga.