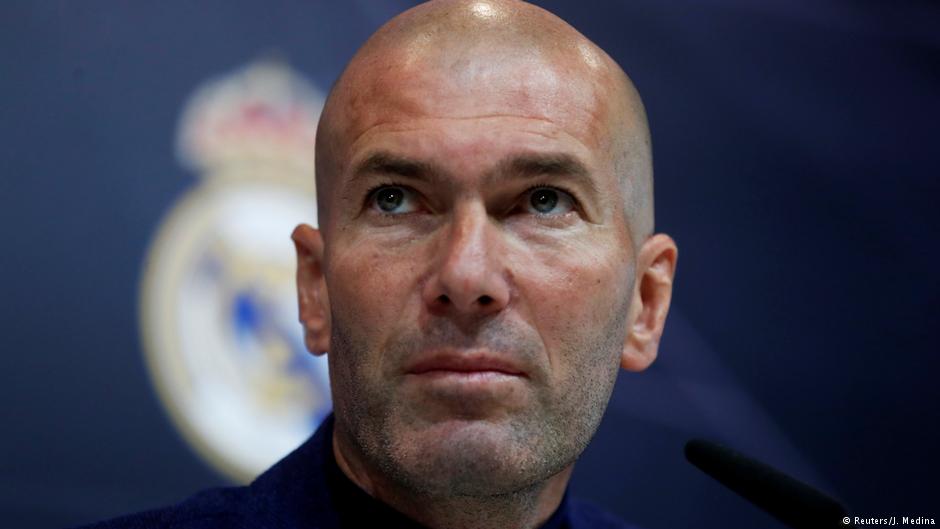 Zidane, 45, also won La Liga in 2017 and his shock departure brings to an end an unprecedented period of success for the Frenchman.

The news was confirmed in a press conference which was called just 90 minutes earlier.

“I have taken the decision not to continue next year as Real Madrid coach,” Zidane told reporters on Thursday. “This is the right moment for everyone. It might seem a bit strange but it had to be done for the good of everyone, the players, the club and myself.”

Madrid finished 18 points behind Barcelona in La Liga this season but salvaged their campaign in stunning style, beating Liverpool in to win the Champions League — but suggested it was time for the club to move in a fresh direction.

RELATED SUBJECTS
UEFA Champions League
UEFA (Union of European Football Associations)
“I love this club but what I think is that this team needs to continue winning but I think it needs a change, a different voice, another methodology. And that’s why I took this decision.”

The former Juventus player, who also won La Liga and Champions League during a five-year spell as a Real Madrid player between 2001 and 2006, admitted his decision was influenced by some of the disappointing moments he suffered with the team.

“There have been a lot of good moments like winning the Champions League, but the best thing as a coach is winning La Liga, that was, for me, the best.

“The worst moment was losing against Leganes in the Copa del Rey quarter-final, that stays with me.”

However he said this was not the end of his link with the club: “This could be a ‘see you later’, because Madrid has given everything to me,” added Zidane. “I will be close to this club all my life.”

The early frontrunner to replace Zidane is Tottenham Hotspur coach Mauricio Pochettino, who has impressed during his spell in north London. Juventus’ Massimiliano Allegri, former Arsenal coach Arsene Wenger and former Real Madrid player Guti are also in the running.