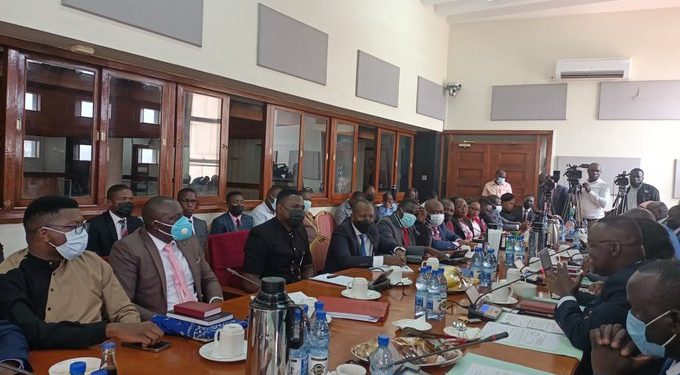 Mityana Municipality  Member of Parliament Francis Zaake Butebi has declined to re-appear before the rules and privileges committee of parliament citing the impartiality and biases of the committee that is investigating his alleged misconduct against the deputy speaker of parliament Anita Annet Among.

According to the committee chairperson Abdu Katuntu, the committee labored to contact Zaake but he could not pick up their calls, whereas his lawyer Eron Kiiza told them that  Zaake has withdrawn instructions to represent him before the committee.

In a written statement submitted by Zaake’s lawyers yesterday, which has been read by the committee Chairperson Abdu Katuntu today, Zaake accused the committee of bias, saying proceedings are not intended to establish the truth but to lynch him. He also insists that the committee of rules and privileges has no locus to entertain maters outside precincts of parliament.

However, Katuntu overruled issues raised by Hon Zaake noting that the committee is independent of the office of the speaker noting that his lawyers failed to address themselves on the parliamentary rules of procedures.

A section of the MPs sitting on the committee has expressed mixed reactions over Zaake’s failure to re-appear before the committee.

Meanwhile, the committee is going to summon officials from Uganda Communications Commission to ascertain Zaake’s ownership of the Twitter account which was used to insult the deputy speaker.

The clerk to parliament is also going to be summoned to explain the claims made by Hon Zaake that his security details were unceremoniously withdrawn.