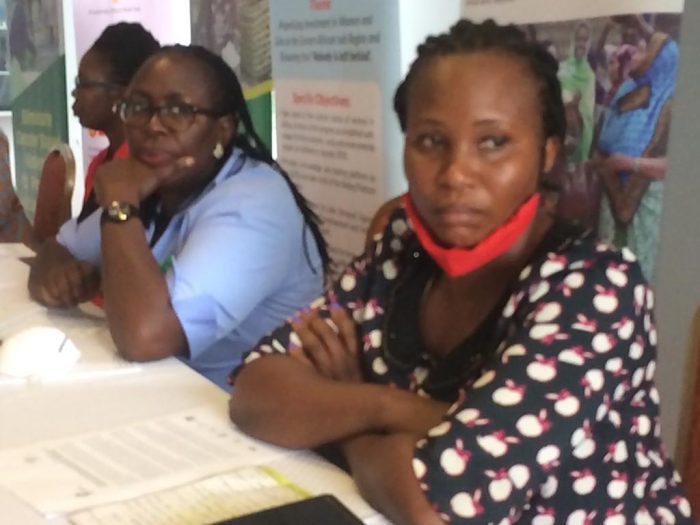 The Civil society bodies including The East African Sub Saharan Initiative for the advancement of women (EASSI) SEATIN, Urgent Action fund Africa among others note that the closure of borders in a bid to control the spread of COVID19 literally killed businesses of small –scale traders who could not afford to transport their goods in trucks across the borders in the region.

Speaking at the closure of a two-day dialogue on assessing the impact of Covid-19 on trade in the EAC, the Executive Director EASSI Shiela kawamara says, whereas the impact of the pandemic varies from one country to the other, its effect on the socio-economic lives and wellbeing of women is appalling with a definite increase in the levels of poverty and inequalities.

She explains that “the effect of the lockdown saw women in border districts sneak through bushes with their goods and this way, they were raped, assaulted and their goods stolen in the process by the security officials patrolling the borders.”

Hence, Kawamara notes that the opening of borders will facilitate the smooth and safe running of trade for women in the informal sector who constitute more than 75% of traders.

For her part, the executive Director SEATIN Jane Nalunga urges the EAC heads of states to put aside their political differences and work towards fighting Covid-19 out of the region as this is the only way to facilitate and boost trade in the region.

“It’s so sad to see that heads of state in the region continue to disguise that they are fighting COVID19 by closing the borders yet communities along with the border cross freely without following the SOPs.”

Speaking to Tafumba Susan a simple woman plying business in Nakawa market, she explains that they have used their capital to feed their families during the three months lock down leaving them with no money to run their businesses.

Meanwhile, women with informal business are asking the government to support them with soft loans to be able to recapitalize their businesses which have been affected by the pandemic