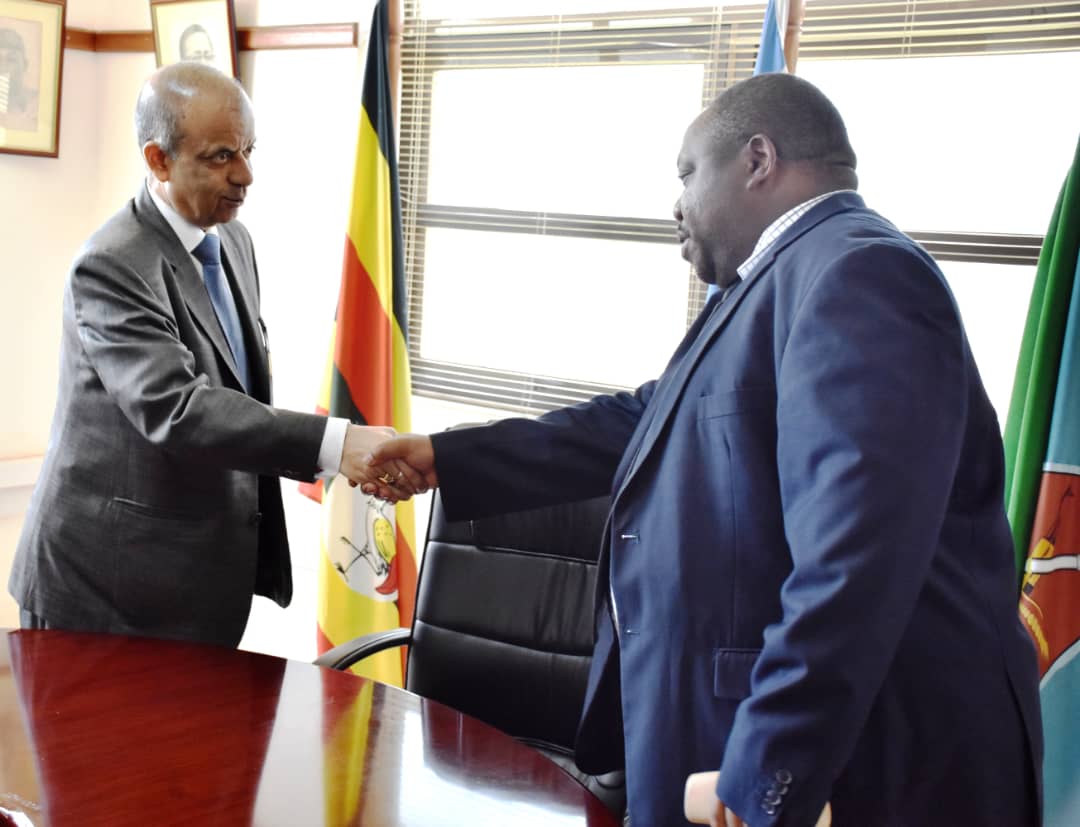 The two discussed issues on how the UN can continue providing support to Uganda in peace support operations.

Hon Adolf Mwesige commended UN for its role in maintaining international peace and security and the partnership between UN and Troop Contributing Countries.

Mr. Atul Khare applauded Uganda Peoples’ Defence Forces (UPDF) for its sacrifice and commitment towards creating and sustaining peace and security throughout Uganda. He added that the role played by UPDF in the pacification of Somalia lights a candle to the rest of the world, although the mission calls for more support.

Mr Atul Khare became the Head of the Department of Field Support on 2nd March 2015, following the departure of Under Secretary General Mr Ameeral Haq.

(COMESA) gets a new Secretary General.