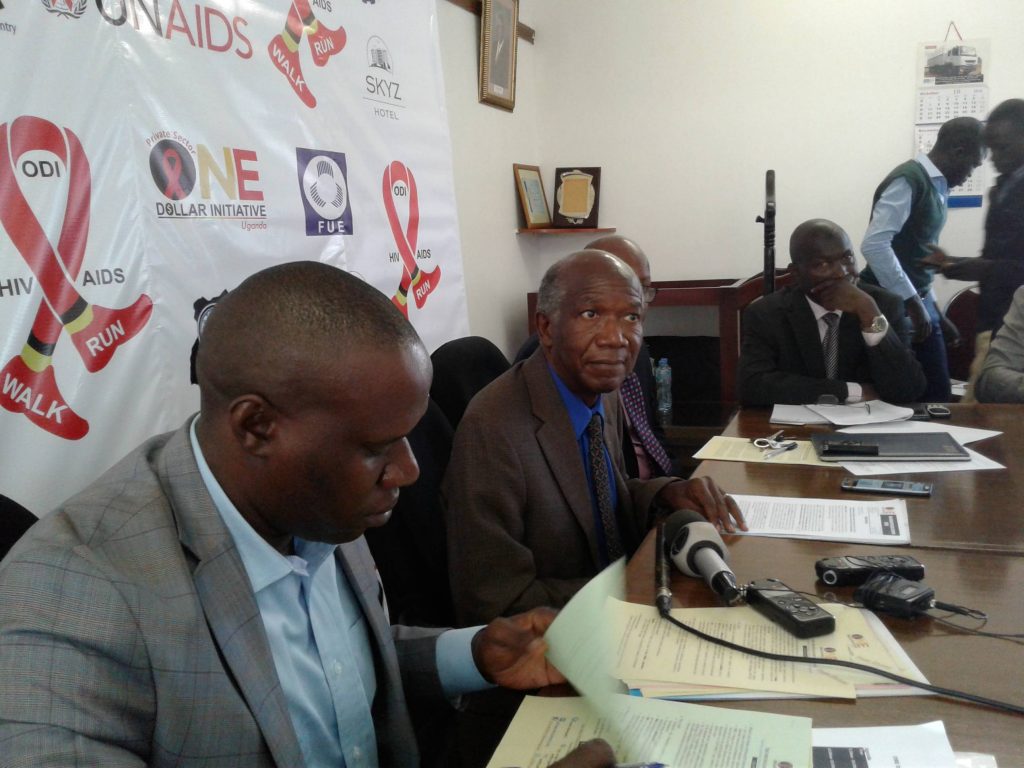 The private sector in Uganda has today launched a one dollar HIV/AIDS initiative aiming at raising funds to run HIV/AIDS related programmes in the country.

Speaking at the launch of the initiative today in Kampala, the chairman, One dollar initiative, Prof. Vinand Nantulya said, its time Uganda started running an internal fundraising drive to solicit money to run various HIV programmes and reduce relaying on foreign support which currently stands at 93% annually.

To his worry, Nantulya says, 137 Ugandans contract HIV/AIDS daily translating to 962 per week, making it difficult for govt and donor partners to support the swelling numbers on the current limited funds.

He then welcomes the new initiative which targets to raise over UGX.100M in the fast year, saying it will reduce the heavy burden on govt which has always been running short of funding towards the fight against AIDS.

However, Tamale George, one of the steering committee members of the one dollar initiative says, they are organizing a charity walk and run on 9th December this year, starting at city square, ending at KCCA grounds Lugogo where they intend to see private sector players pledge their committement towards the initiative.

Currently, the number of Ugandans living with HIV/AIDS is at approximately 1,324,685, and of these, an estimated 1,141,489(86%) are on life-long ART treatment and with no increased efforts, more people will continue to be added to this pool.

“The increasing number of people on life long ART treatment and the need to prevent new infections both call for an innovative domestic financing mechanism that is sustainable.” Says, Natulya.

The One dollar HIV/AIDS initiative (ODI) is being set up as an endowment fund to contribute to the HIV/AIDS cause in Uganda. Therefore, would like to appeal to concerned individuals, corporate companies, business entities, professional associations, rotary clubs, NGOs/CSOs, development partners, religious institutions and fellow Ugandans in diaspora to come together to build this endowment fund.

Uganda need over USD.600M to run all HIV/AIDS programmes but currently receives USD.276M which is not even to cover all the necessary programmes, hence the need to have such initiatives to save lives.