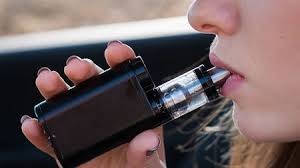 Ministry of Health, National Tobacco Control Committee, and Civil Society fraternity in Uganda have warned Ugandans over the new technology of vaping by the tobacco industry to keep youths hooked in smoking.

Vaping is considered a cleaner way of smoking since it doesn’t involve combustion and production of tar that is responsible for darkening of teeth plus smelling of mouth, however these two makes it easy for the youth to consider vaping a safer and cleaner way of smoking but the real impact is the same as tobacco smoking.

Participants in the online forum discussed a variety of topics around what they consider “the opportunities that vaping offers” in low-income countries and “alternatives to conventional cigarettes”.

ATCA says that the tobacco industry seeks to shape public opinion for the acceptance and introduction of its new products in African countries.

Currently, the products are already present in some parts of the continent, but the tobacco industry’s recent actions indicate an imminent invasion of Africa.

She however noted that if Uganda implements very well the Tobacco control act it will be difficult for the Tobacco industry to invade Uganda with their new technology of vaping.

Dr. Hafsa added that they are in the final stages of ratifying a protocol on the elimination of illicit trade including tobacco products to work with revenue authorities of different countries bordering Uganda to stop the smuggling tobacco banned products.

“Tobacco industries are getting ways of managing African countries through vaping but we are alert, young people should understand those tobacco industry tactics, and avoid consuming these products because they are dangerous to their health, “Dr. Hafsa said.

Richard Baguma Executive Director Uganda Health Communication Alliance also told this website that vaping in Uganda is illegal, therefore a protocol on the elimination of illicit trade especially of tobacco products will increase monitoring and surveillance of people smuggling such products which end up flooding Uganda market yet they are harmful and unregulated products.

“All electronic nicotine systems are banned in Uganda and there is no safe level of tobacco smoking,” Baguma said.

However, Robinah Kaitiritimba Executive Director Uganda National Health Consumers Organization (UNHCO), says that it’s the role of civil society to inform the public that the Tobacco industry is looking for several ways of earning money in African countries because in most developed countries vaping was banned.

“Tobacco industry is moving to a new generation through coming up with new technology to keep youths addicted to tobacco smoking, “Kaitiritimba said.

Dr. Jimmy Arinaitwe Centre for Tobacco control Africa (CTCA) Executive Director says that as CTCA their mandate is to help countries in the formulation of tobacco control laws to ensure that Tobacco control response is sustainable.

He adds that Uganda is trying it’s best towards Tobacco control response because such activities have been done like Kampala capital city authority enforcing the tobacco control act to ensure Tobacco-Free environment, civil society fraternity working with police to impound and arrest shisha smokers to the extent that some have been sentenced and convicted, however, there are still some challenges.

According to the ministry of health, Tobacco use in Uganda has declined.

“Tobacco use in Uganda has declined from 17.3% to 11.5 according to 2018/2019 report, and in this lockdown as a result of Covid-19 has helped to curb vices of smoking electronic cigarettes,” Dr. Hafsa said.

Wilberforce Kibaba Dialysis technician Nakasero Hospital says that Vaping can damage the lungs and respiratory system in other ways because the vapor contains harmful chemicals and very fine particles that are inhaled into the lungs and exhaled into the environment and causes death.