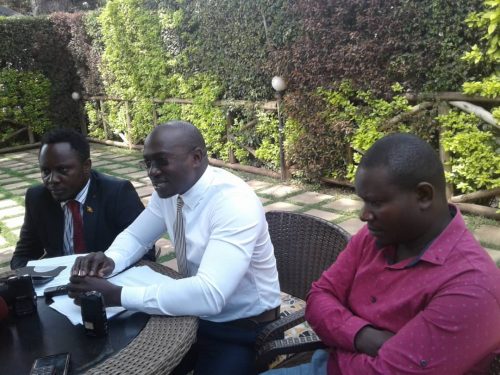 Ugandans are demanding foreign powers to host a global commission of inquiry into the violence and consequent arrests, detention and torture of opposition MPs and their supporters during the Arua incident.

Last week, security organs rounded up over 35 civilians on grounds that they had stoned and broken the screen to the president’s car, which arrest left the driver to Kyadondo east MP, Robert Kyagulanyi shot dead and many others injured.

The secretary general, people power, Ivan Kyeyune wants the international inquiry to dig deep into what transpired that day.

He further demands that heads of missions and their states should not stop on condemning the brutal acts but go ahead to deny visas to members of cabinet in Uganda and the President as well as slashing aid to Uganda, saying its used to buy weapons and tear gas to oppress Ugandans.

In a related development, Kiyaga Innocent AKA Hilderman cautions President M7 to stop believing in reports sent to him by medical doctors and security personnel in regards to Hon. Kyagulanyi’s health status.

Hon. Kyagulanyi is still held at Makindye military barracks waiting to be arraigned before the court martial on 23rd August this year.

Uganda passed the prevention and prohibition of torture Act 2012 with the aim of giving effect, in accordance to article 24 and 44(a) of the constitution, to respect human dignity and protection from inhuman treatment by prohibiting and preventing or punishment.