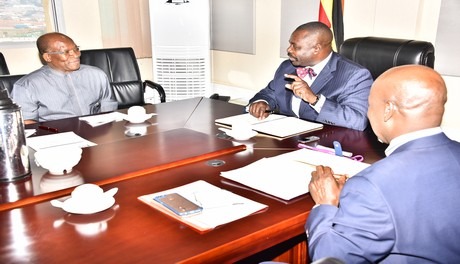 Parliament of Uganda is set to host a landmark Fourth Commonwealth Youth
Parliament Summit from 14 to 19 March, 2018.
The Deputy Speaker of Parliament, Jacob Oulanyah, said that the Conference
will expose the youth to the realities of legislation and governance at
regional level.
“When you expose the youth to all levels of engagements in leadership at
an early age, they learn to respect the rules and play within them and this is
the beginning of stability and order,” said Oulanyah.
Oulanyah made the remarks while meeting a delegation from the
Commonwealth Parliamentary Association (Africa Region) on Thursday, 14
March 2018.
Oulanyah noted the importance of nurturing the youth into leadership,
saying that s
Previous Post