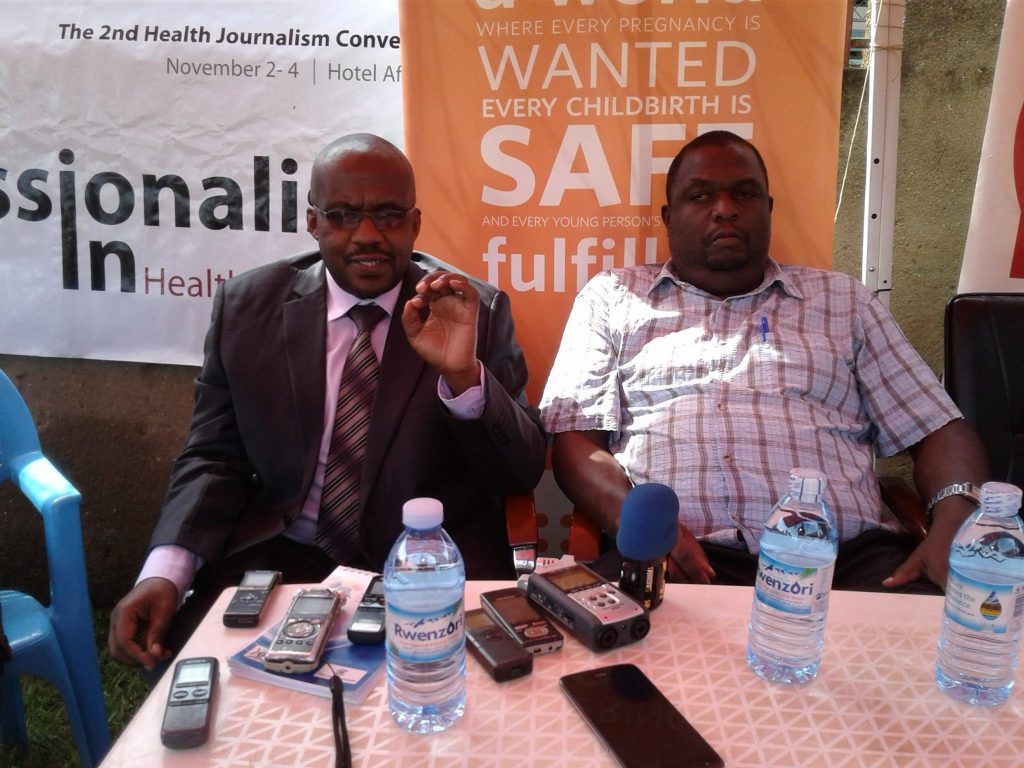 BY Damba Rogers
The assistant representative of UNFPA in Uganda, Dr. Edson Muhwezi is tasking the govt of Uganda to consider increasing the uptake of family planning methods as the only was the country will be able to reduce on the high fertility rate among her females which is considered to be among the top five around the world.

Dr. Edson says if the country can move down to 2.2% fertility rate per woman meaning that every women in the country produces only two children in her life then the country’s population will heavily be checked as this will also see faster economic and social growth for both the country as well as the citizens.

He further mentions that for this to happen then contraceptive uptake has to be increased to over 67% from the current 35% among married couples.

However, Dr. Charles Kigundu a consultant gynecologist from Mulago national referral hospital says, the low contraception use among females in the country contributes to 2.5 million birth annually of which 42% of these pregnancies end up as planned deliveries and with 60% of pregnancies being accidental.

Dr. Kigundu also mentions that this has contributed to high abortion rates in the country which is very much alarming and stands at 38% way above the regional figure of 24% in east Africa.

But the Goretie Nakiwala a mid wife at Naguru Teenage and information center reveals that they have for some time now registered an increase in the numbers of young female aged between 15-20 coming for and antenatal service who later they introduce to family planning when they wish to.

Uganda’s fertility rate stands at 5.4% per every woman which means that a Ugandan woman of reproductive age can on average produce five kids.

What happened yesterday at parliament was drama Nankabirwa