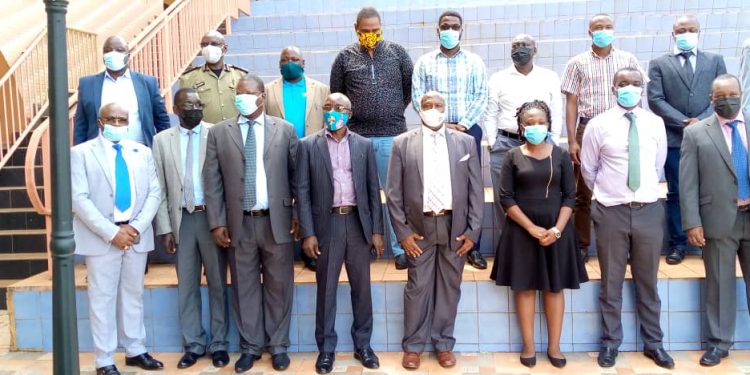 The Northern Corridor transit and transport coordination authority [NC-TTCA] under the East African community-based in Mombasa Kenya has planned to roll out a program to encourage voluntary heavy cargo vehicle axle load compliance within the region as a deliberate strategy to sensitize stakeholders in the transport sector mainly shippers and logistics operators among other players to appreciate the need to stop overloading cargo vehicles which leads to damaging of the road network thus increase in general road repairs and vehicle maintaining costs respectively.

The new development came to light last week during a four-day high-level stakeholder sensitization workshop held at hotel Africana which was organized by the secretariat of NCTTCA in collaboration with the ministry of works and transport to discuss the draft self- compliance charter which looks at encouraging stakeholders to commit to effective self-regulation as the best way to maximize confidence in responsible vehicle overload control as opposed to using enforcement agencies to police discipline on the road.

The draft document also looks at encouraging stakeholders in Uganda to promote and commit to the Uganda roads Act. 2019 and the EAC vehicle load control Act. 2016 which has an objective to achieve efficient and effective control of vehicle overloading in the region as a basis for reducing accelerated deterioration of road networks which as a consequence reduces total transport costs across the board.

The executive secretary NCTTCTA Omae Nyarandi said they started with Kenya which signed the charter in 2015 and self-compliance in that country had reached over 95% as all stakeholders strictly respect the charter obligations.

Nyarandi told the stakeholders that they are now moving to ensure that Uganda is next on board to sign the document because the country serves and has the biggest interstate road network hub linking several regional destinations.

The chief executive officer of the Kenya transporters Association Dennis Ombok who presented a paper on how his country had implemented and enforced the charter said over 2,000 heavy cargo trucks move from the port of Mombasa through into Uganda each day and drivers have strictly observed the self-compliance regulation by ensuring that they never attempt to overload the trucks which have seen compliance rates almost hitting 100% mark.

Ombok said self-regulation by all stakeholders from the Kenyan side of the border has led to adherence to the laws governing the industry thus reducing the time wasted along the way as goods move faster to their destinations without delay.

The participants collectively formed a technical working committee to look into the draft document after consulting with their respective Association members and ensure that within one month they return to sign the charter for effective implementation.

It is envisaged that with an effective self-regulation approach by the transport and logistics service providers, coupled with a coherent statutory enforcement mechanism by the relevant government agencies, there shall be a noticeable improvement in compliance to the axle load and gross vehicle weight limitations in the entire region.