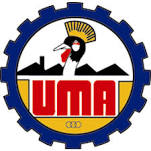 “If you switch from the normal industrial rate of about 8 USA cents per kWh, and all of a sudden you have to use a generator, naturally it increases your cost,” Sseyondwa said.

UMA attributes the power outages the industrial sector is baffling with in Uganda to old electric power infrastructure.

“Power supply has increased, it has increased by over 650MW or so, so we should be having enough power in the country. Now the power outages that are happening in the country are mainly either due to infrastructure problems in different areas. For example you mention Kawempe areas, Mbalala, there are many other areas where power is intermittent, so the issue here is how to solve those,” said Allan Sseyondwa, Manager Policy and Advocacy at UMA.

Sseyondwa said the same challenge extends to industrial parks the government and the private sector are trying to set up.

“The truth of the matter is that when you open an industrial park, the amount of energy needed is quite an amount but the infrastructure that leads power to those areas is equally old,” Sseyondwa said.

He said what they can do as UMA, is to petition for the fast-tracking of power lines to the industrial parks and that there’s already an arrangement towards that direction.

According to UMEME, industrial customers contribute up to 68% of the total electricity demand in the country. From June 2019, UMEME reported that electricity sales volume grew by 7% to 1563gwh up from 1461gwh the previous year and this was driven by industrial demand and increased grid connection.

However, the Media Relations Manager, UMEME Stephen Ilongole says that Uganda loses about 60 hours every year to power outages.

He said: “Many times people think UMEME deliberately switches off power but it is not in our best interest to do so. It is known the more we supply power without interruption, the more we make money,” Ilongole said.

A few months back, the media was awash with the news that UMEME lost over Ushs900m in Northern Uganda due to power outages that took days and months.

Sseyondwa said Upcountry the issue is a different, because in some areas, it is rural electrification agency which is in charge, so in those areas, there might be no power at all but because of the increase in the generation of power, UMA said there’s an infrastructure plan to ensure that the whole country is covered.

In Kampala, most arcades according to the Chairperson Kampala City Traders Association, Everest Kayondo are not prepared in any way to counter power outages.

He said a normal arcade in the city has about 400 shops and owners find it expensive to procure generators that can run all those shops. In fact, a visit by the writer to Nasser road revealed that only one arcade had a generator that can run all the equipment in different shops the rest do not have.

Haman Katende, a business man on Nasser road said they are basically doing manufacturing and according to him, power supply in the area has improved. However they still experience power outages twice a month and this cost him about 500000Ushs each time the power outage happens.

According to KACITA, business people who operate in arcades that have standby generators incur an additional cost of about Ushs1.5m per annum and more.

“Once it goes off, it becomes an inconvenience because you who is an employer or employee, whose work dependents on electricity and don’t have any other provision beyond electricity you not working but labour has turned up, you have to pay them,” Kayondo said.