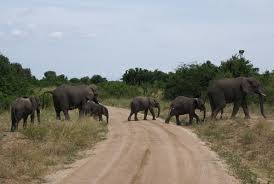 Govt through the tourism ministry and Uganda development bank is drafting a policy geared towards giving out soft loans to Ugandans to invest more in the tourism sector with low interest rates.

Speaking to the junior tourism minister, Gedfrey Kiwanda Suubi on the growing numbers of foreigners investing in the tourism sector, the minister was fast to reveal that the loans will soon be dished out to those willing to take them.

Kiwanda adds that this will come into play after cabinet and parliament approves the plan which the ministry has developed.

He further notes that its fine for foreigners to grow the sector since they are providing jobs to Ugandans and this solves the growing unemployment problem.

Kiwanda further challenges Ugandans to change their attitude towards work as this will make them competitive and better workers.

Uganda as a country boosts of a number of tourism sites ranging from game parks, zoo, museum, fresh water lakes and rivers, springs, forests, mountains among other features which keep pulling foreign tourists to the country.

According to official figures, tourism contributed up to US$1.35 billion into Uganda’s export basket in 2016, and was the single highest foreign exchange earner; contributing 23.5% of total exports with

Uganda has moved three positions ,from the list of most corrupt nations