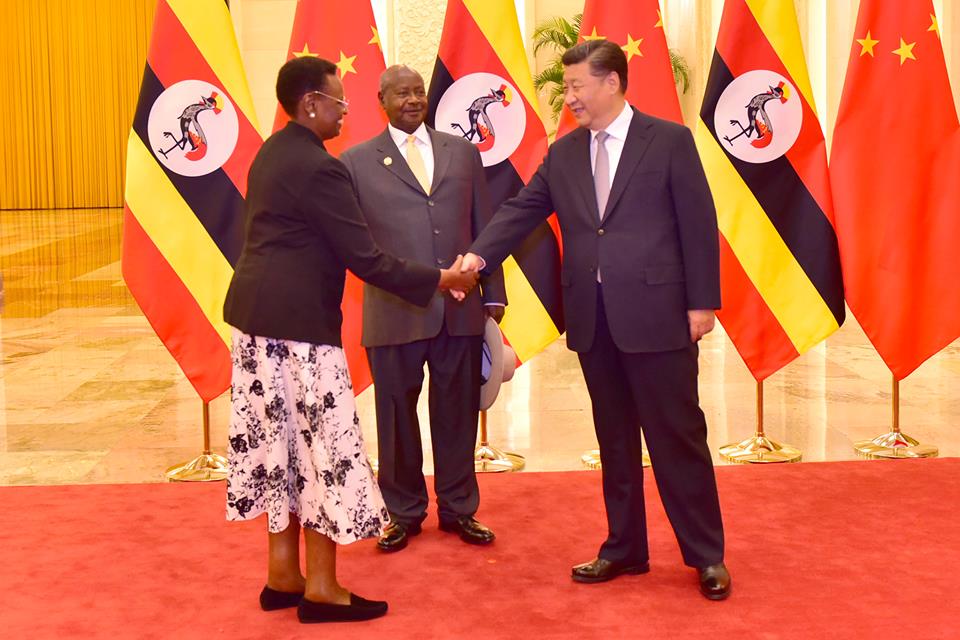 President Yoweri Museveni has held a bilateral discussion with his Chinese counterpart, Xi Jinping, with both leaders witnessing the signing of three agreements between their countries.

The first agreement is worth 200 million Yuan, while the third is 70 million Yuan. The second agreement, on the Silk Road Initiative, will benefit from the $60 billion that President Jingping announced during the recent Summit of the Forum of China-Africa Cooperation (FOCAC).

In his remarks, President Museveni thanked President Jinping for focusing on the strategic alliance between Africa and China since 1949.

The President, who was accompanied by his wife Janet Museveni, thanked the Chinese leader for supporting infrastructure projects in Uganda like the construction of the Karuma and Isimba dams, the Entebbe express high-way, expansion of Entebbe Airport and the Standard Gauge Railway project.

President Museveni also appreciated the Chinese government’s support to their private companies that have undertaken several investment projects in Uganda.

On his part, President Xi thanked his guest for attending the just-concluded FOCAC, and committed to continue strengthening the relationship between China and Uganda plus the wider African continent.

Mr. Wang, who was in Uganda in June to jointly commission the Entebbe Expressway with President Museveni, later hosted his guests to a luncheon.