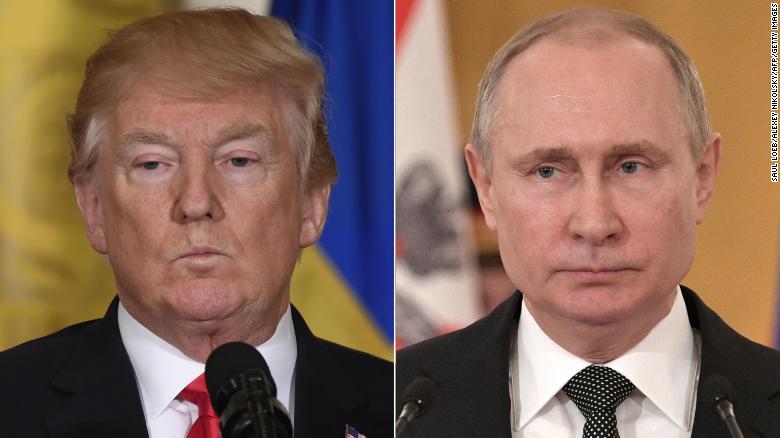 uebec City (CNN)President Donald Trump said Friday that Russia should be reinstated to a leading group of industrialized nations ahead of his visit to the G7 summit this weekend.

Trump’s statement is an extraordinary break from key US allies, and particularly striking given Russia’s meddling in the 2016 election. A special counsel investigation into whether Trump campaign officials colluded with Russia is underway, though Trump has repeatedly denied the allegations.
“Russia should be in this meeting,” Trump told reporters upon leaving the White House for the summit, which is being held in Charlevoix, Canada. “They should let Russia come back in, because we should have Russia at the negotiating table.”

Russia was suspended from the group — then known as the G8 — in 2014 after the majority of member countries allied against Russia’s annexation of Crimea, which Russia continues to hold.
Asked in an interview earlier this week about what would need to happen for Russia to return Crimea to Ukraine, Putin told Austria’s ORF broadcasting corporation that “there are no such conditions and there can never be.”
Friction with key allies
Trump’s comments underscore the growing divide between the US, under his administration, and Washington’s closest allies.
The President’s willingness to look the other way on Russia’s annexation of Crimea — the first violation of a European country’s borders since World War II — will particularly deepen the chill with allies such as the UK, France and Germany, which are already furious about US trade tariffs, and Trump’s rejection of the Iran nuclear deal and the Paris climate agreement.
At home, Trump’s continuing failure to condemn Russia for its aggressive behavior and his ongoing push to restore more normal relations is bound to raise questions, once again, about his affinity for Moscow and Putin.
Trump’s comments also come at a time when Trump is on the outs with other members of the G7. On Thursday, Trump engaged in a bitter back-and-forth with French President Emmanuel Macron and Canadian Prime Minister Justin Trudeau over Twitter, both of whom he’ll meet face-to-face on Friday.
Trump is expecting a knock-down, drag-out fight with top US allies over trade during his time at the conference, held in remote Quebec. It’s a battle he believes he can win, but which he’s unenthusiastic about waging in person, people familiar with his thinking say.
On Thursday, Macron said the leaders would not rule out a 6+1 communique as opposed to the traditional document signed by all leaders at the end of the summit with shared goals and principles.

We Are Robbed of a loyal Cadre-NRM