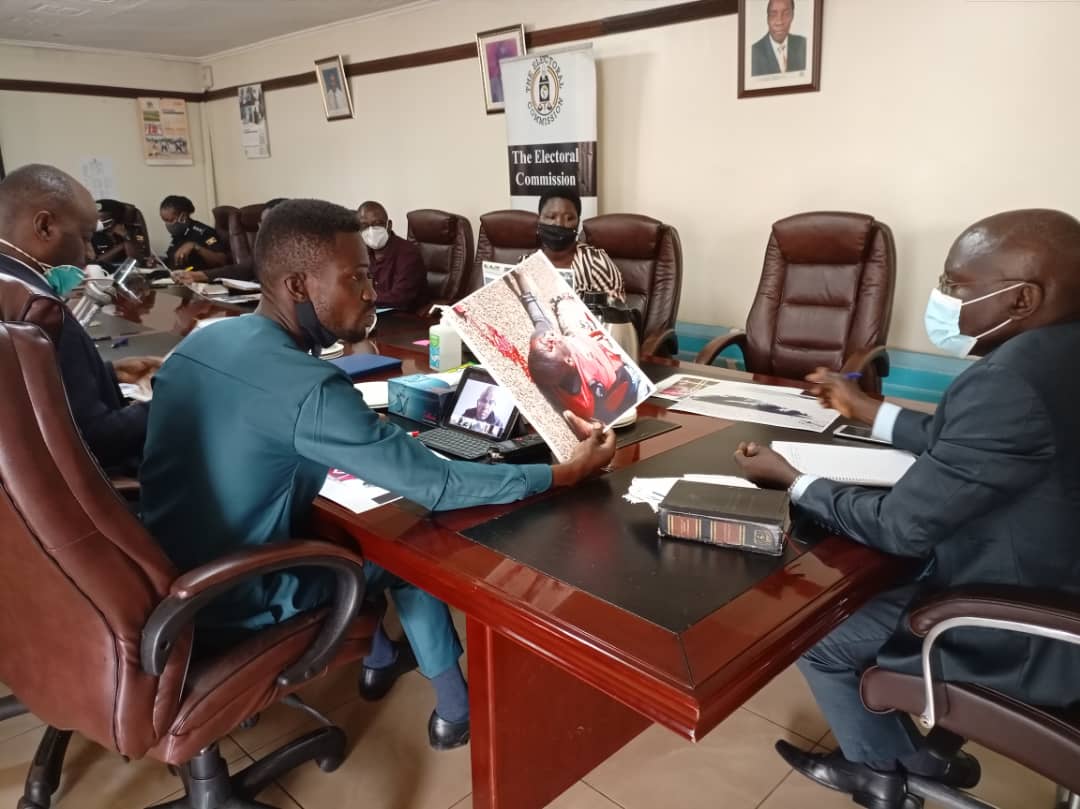 The National Unity Platform (NUP) presidential candidate Hon. Kyagulanyi Ssentamu Robert in company of the party secretary general Louis Rubongoya among other party officials have today met with the electoral commission to discuss the continued harassment and brutality mated against him and his team during campaigns.

The meeting held under tight security at the electoral commission headquarters in Kampala, Kyagulanyi provided the commission chairman Justice Simon Byabakama with evidence of security brutality against him and his campaign team throughout the country where he has been.

Just yesterday while in Jinja and Kayunga, Kyagulanyi was shot at by police and military injuring the police body guard given to him by the electoral commission and his music producer Dan Magic who were rushed to hospital.

Later in the day security shot direct at Kyagulanyi’s car bursting the tyres and breaking his rear screen. This forced Kyagulanyi to halt his campaign and hold a meeting with the polls commission for more guidance.

Since the start of the 2021 presidential campaign, Kyagulanyi has faced it off with Uganda’s security apparatus with high moments of his arrest in Luuka district on 18th November this year which resulted into nationwide riots demanding for his release.

The riots left over 54 lives lost and hundreds of innocent civilians seriously injured and thousands arrested in various police detentions.

Today security teams from police, military and those in non-uniform with tear gas guns, and live ammunitions were deployed around the electoral commission in anticipation of a likely battle with Kyagulanyi’s support which has not been the case.