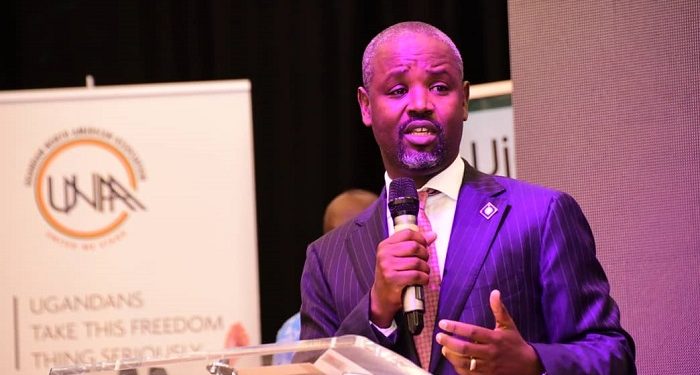 The Deputy Speaker of Parliament, Thomas Tayebwa has urged Ugandans in the diaspora to love their country and come up with solutions to solve the problems in Uganda other than hyping negativity about Uganda. 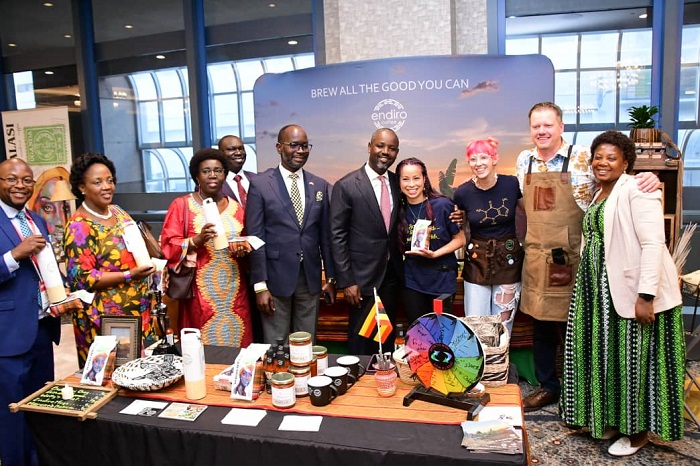 Hon Tayebwa made the remarks while speaking to Ugandans in the diaspora who are attending the 34th Uganda North American Association (UNAA) Convention in San Francisco, USA.

He informed the Ugandan Community in North America that plenty of trade and investment opportunities abound in Uganda which they can explore and encouraged them to identify and woo potential investors in the tourism and trade sectors.

We have to work together to build and promote our country. And the moment we do have a country that is loved and you know, taken in high regard by the rest of the world.” He added.

He called upon Ugandans in North America to bring back jobs home by investing in there country.

Tayebwa assured Ugandans abroad that the 11th Parliament will stand firm in the fight against any form of corruption and hold government officials accountable, a development he said will enhance good governance and improve the trade and investment atmosphere in Uganda.

He said UNAA was a good platform for engagement, noting that Parliament will continue to work with it.

The notion is that Ugandans abroad interface with Parliamentarians as a representative institution and other native leaders to discuss challenges and prospects back home and overseas.

Tayebwa noted that the issues of voting rights for Ugandans in the diaspora and dual citizenship remain high on the agenda.

“The NRM leadership and HE Gen Yoweri Museveni remains committed to provide the desired services to the Ugandans in the diaspora using our missions abroad,” he said.

He said government officials are in the North America to listen to diaspora community and return home with tangible action points for purposes of implementation.

He reminded Ugandans abroad that they don’t have a second hand choice country, noting that this must unite them further.

Deputy Chief of Mission in Washington DC, Ambassador Santa Mary Laker-Kinyera said the government of Uganda recognizes the significant contribution made by the diaspora to Uganda’s national development.

Recent data from the World Bank shows that remittance flows to Uganda stands at approximately $1.2 billion annually, with over 100 million of this coming from the US alone.

Ambassador Laker-Kinyera said these remittances are usually sent to Uganda in the form of assistance to family members to help with things like school fees, welfare, medical support, and assistance for small projects.
She highlighted the various opportunities and incentives that exist for investment in Uganda—noting that there are several opportunities that the diaspora can take advantage of.