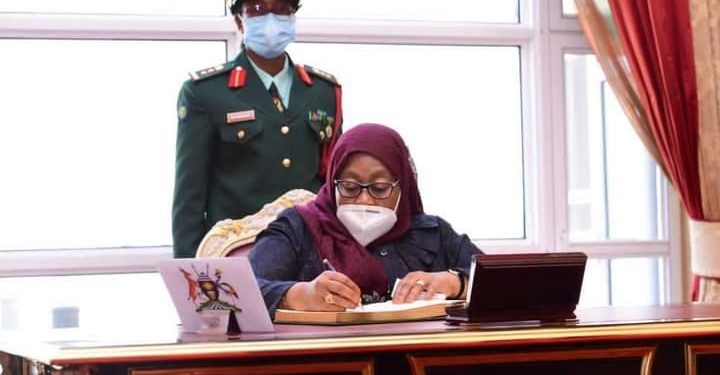 After the signing ceremony at State House Entebbe, President Museveni said the pipeline will be of benefit not to only Uganda but also her neighbors.

“This pipeline project can be a core of bigger developments if the brothers in Congo-Kinshasa and South Sudan choose to also use it for their oil. This pipeline could turn out to be a very important project that may serve the region, not only in the short term but also in the medium, if not in the long-term,” President Museveni said.

He said the same corridor, can take a return gas pipeline, supplying Tanzanian and Mozambiquan gas to Uganda and the Great Lakes’ region.”

On her part ,the Tanzanian president Samia Hassan said that the project will have immense impact on social economic development of both nations