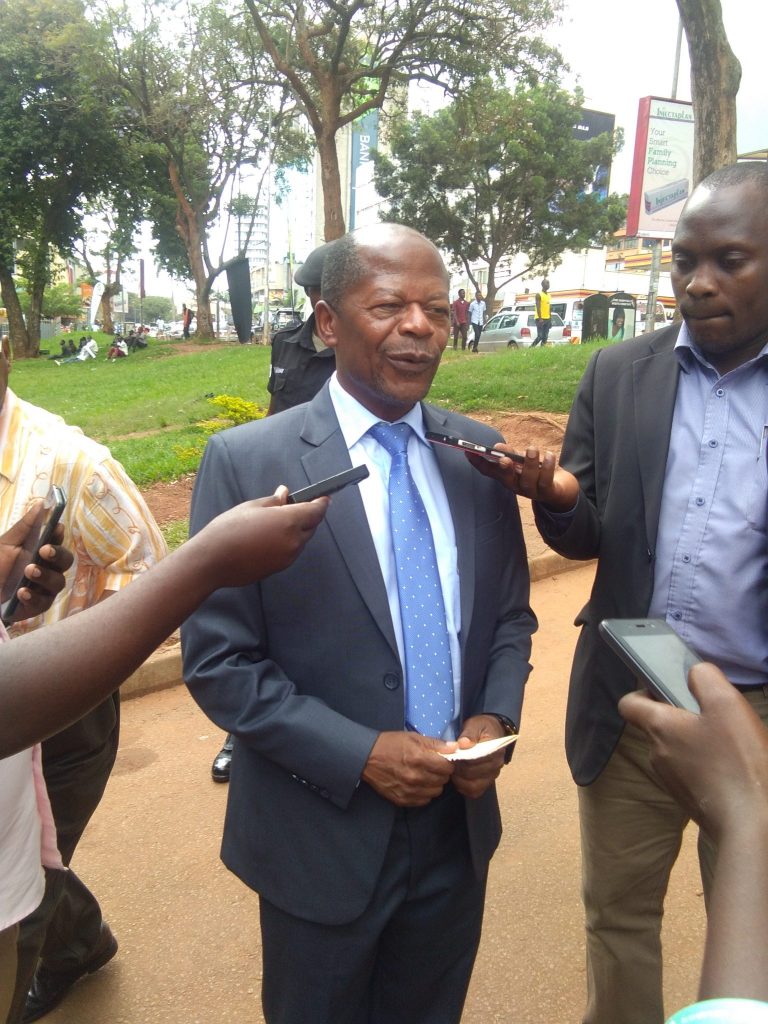 The state minister for higher Education John Cherystom Muyingo has asked students in the country to avoid things that can negatively affect their health, if they are to succeed in life.

The minister was speaking during the celebrations to mark the world students Day held in Kampala, organized by Uganda national students association (UNSA) held in Kampala.

He also urged them to expand their networks by making friends when at school, because   friends will enable them to become richer than what their parents wouldn’t have.

He presented the leadership of (UNSA) with 10 million shillings for the day’s activities donated by the Minister of education and sports Janet Kataha Museveni, whom he represented.

He asked students to embrace cultural values and to protect themselves from peer pressure and fear God.

Meanwhile the for acting Speaker of Parliament for East African Legislative Assembly (EALA) and former student speaker (UNSA) who also attended Dan Kidega ,appealed  to government to strengthen the student movement ,saying  that a country without a strong  students movement and youth has no bright  future .

He said it’s the student movement, is the one that gives barth to the leadership a nation.

“Amongst all of you, we have ministers, presidents in the student fraternity, so if we don’t invest well into you, the future of Uganda is at doom Kidega noted”.

International Students’ Day is an international observance student community, held annually on November 17. Originally commemorating the Nanzi German storming of Czech universities   in 1939 and the subsequent killing and sending of students to concentration camps.

She said that because of the striking medical doctors a lot of mothers in the Labour-words are suffering.

The international students 2017, was commemorated with Hepatitis B awareness health walk camp.