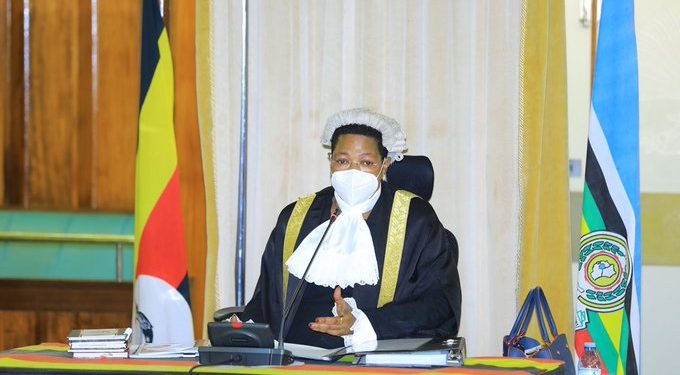 She promised to refund those against Oulanyah Trust fund

The Speaker of Parliament Anita Among has come out to blast members of Parliament who are complaining because of Shs1m that was cut off their pay to contribute to Jacob Oulanyah Education Trust Fund.

While chairing parliamentary sitting, the speaker Among broke silence on the matter and strongly condemned a section of legislators who have taken to the media to object to deductions of Shs1 Million directed towards the Jacob Oulanyah Education Trust Fund and warned them to desist from such debates.

Among defended deductions saying they were passed in a resolution of parliament which was adopted by the whole house. She then wondered how MPs turned against their decision to lambast the administration of parliament. She pledged to refund those that feel they need their money back.

The Bugiri Municipality legislator Asuman Basalirwa joined the Speaker and advised his aggrieved colleagues to consider bringing a motion to rescind the parliament resolution that approved the cutting of 1M.

However, some legislators have reiterated their disagreements on the controversial deductions, questioning the purpose and procedure.

Last week, some MPs came out and opposed the deduction of Shs1 Million from their accounts saying they did not consent to it.

After the demise of former Speaker Jacob Oulanyah, an Education Trust fund was created in his name to take care of the education of the orphans that were under his support. Parliament resolved that each MP will contribute Shs1 Million towards the fund.