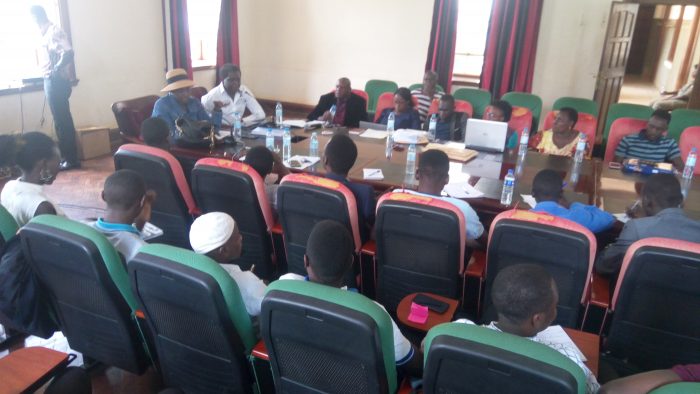 The Parliamentary select committee which was tasked to investigate sexual harassment in institutions of learning have today interfaced Makerere University students and found out that sexual harassment cases are more among students themselves than it is between lecturers to students.

According to the report from guild council, sexual harassment is mostly caused by misuse of authority by university administrators but however its indicated that this harassment is more between students than it is to lecturers to students. It indicates that it is hard to implicate lecturers due to limited evidence.

It was from this interaction when the male students complained that parents have not done enough to support their children at the university which has turned them to be parents of the female students to finance all their needs.

They expressed deep concerns of indecent dressing of female students which provokes their their sexual emotions and the chairperson cautioned girls from from dressing provocatively to entice men around campus which leads to sexual violence.

However female students where also bitter with male students who can not maintain friendly relationships without getting intimate and others blamed male students for forcing them with their money before they ask for it.But some female students confessed that at times girls call for harassment against them selves by not concentrating on their studies and think of bribing lecturers

The committee chairperson Robinah Rwakojo noted that they discovered too much evil in this probe including incest which they are going to consider and looking forward to have a report before parliament around 15th January next year.