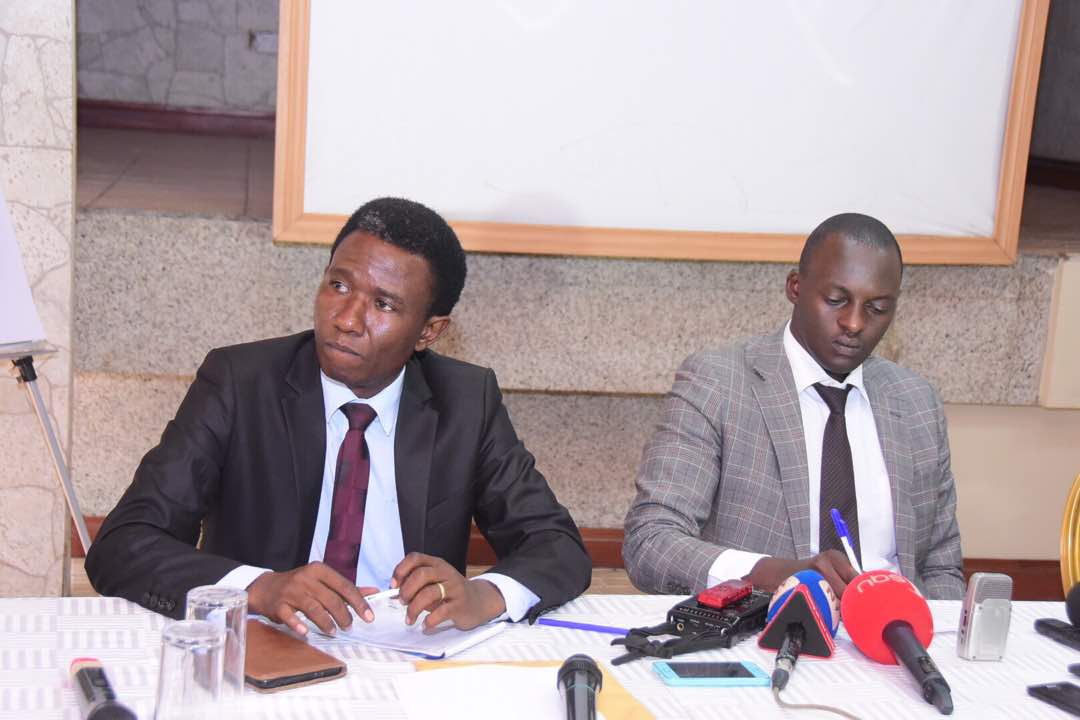 According to Nisiima Claudeth a wife to Herbert Munyangaju a citizen of Rwanda who was arrested on 20th December 2017 by armed men from a bar along Nyanama road a Kampala suburb reveals that his arrest turned out to be among the several arrests on 19th December 2017 carried out in Mbarara that saw other six Rwandese including, Mr. Turatsinze Freddy, Ms. Muhongerwa Jessica, Ms. Gasaro Vanessa, Ms. Kamikazi Dianne and Ms. Kamashanzi Dianne.

Claudeth continues to state that after several consultations they established that the armed men were under the directorate of military intelligence noting that all the six are detained at the DMI centers.

However, Arron Kizza a lawyer to the detainees says they have written to the directorate of military intelligence to have their clients produced before court to answer charges against them but no positive answer has been received and now pins the continued Rwandese arrests in Uganda to the grivances between the IGP Kare Kayihura and the security minister, Tumukunde.

Arron further notes that the detainees are just pesant farmers in Mbarara and business men in Kampala who sometimes live in Uganda and Rwanda. Though the Rwandese embassy in Uganda is taking diplomatic means to have the matter solved, as lawyers to the victims, they will continue perusing legal means to have justice realized. Says Arron Kizza.

Still, lead council Gawaya Tegule is challenging the govt of Uganda to fully respect the international rights of foreign citizens in Ugandan and refrain its security agencies from fronting selfish interests to torture non ugandans and ugandans as well.

Of recent a number of Rwandese nationals have been arrested in Uganda and detained among them being Gasinzi Federie who was detained and tortured in Mbarara army barracks and later dumped at Katuna border with wounds on his body and 45 currently detained in Nalufenya among others who are not yet known where they are detained.

Uganda Police , is working on a medical insurance policy for police personnel IGP.

Uganda Police , is working on a medical insurance policy for police personnel IGP.